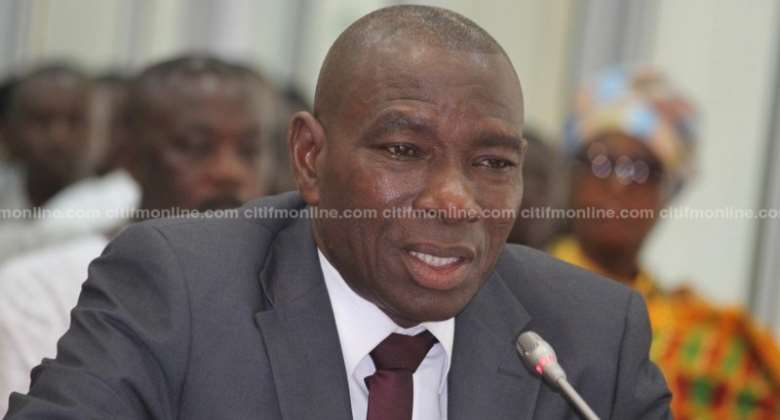 The Eastern Regional Minister, Eric Kwakye Darfour, has called for more security presence in the Region following the recent clashes between residents and nomadic herdsmen off Fulani extraction.

According to him, the current number of officers deployed to maintain law and order in the region is inadequate.

Speaking on Eyewitness News on Thursday, Mr. Kwakye Darfour said there was the need for reinforced security presence to avert a possible recurrence of violent clashes between nomadic herdsmen and residents .

“Operation Cow leg which was instituted; Cow leg 1,2,3,4 what did it bring to us? We are saying that now, the 85 people [Police officers] on the ground, we believe that looking at the vastness of the area, it is not enough, so government should come in and help us raise the level of the operation,” he said.

8 persons including 5 Fulani herdsmen were killed in an attack, and counter attacks in separate incidents at Dwebease and Hweehwee in the Eastern Region.

The incident renewed discussions about the relationship between local residents and nomadic herdsmen in various parts of the country, including Yendi, where 3 people were killed last week in a Fulani-locals clash.

A Medical doctor at the Kwahu Government Hospital, Dr. Akoto Ampaw, recently lamented the number of gunshot cases and subsequent deaths the hospital has been attending to in recent times, following the recent clashes.

“The situation is very worrying because as medical practitioners we are called to attend to people who have been shot and sometimes people have been attacked with other implements. I can confirm that most of the bodies have been deposited at the hospital. Quite a number of them, I can recall just in the immediate past week, I have had the opportunity to attend to three gunshot injuries in the area,” he said in an interview on the Citi Breakfast Show.

Reports indicate that, some students in the Kwahu East Municipality had abandoned classes due to the unstable security situation as some residents have fled to other communities.

But the Regional Minister, Mr. Kwakye Darfour, believes that proposals for the reintroduction of 'operation cow leg' to address the situation, will succeed only when more security officers are deployed to the trouble spots in the region to increase patrols and guarantee the safety of lives and property.

“There is some kind of urgency now, that is why we want to heighten it a bit, get more men, so we can do more patrols, otherwise we cannot predict when somebody would want to fight. The 85 men are not enough,” he said.