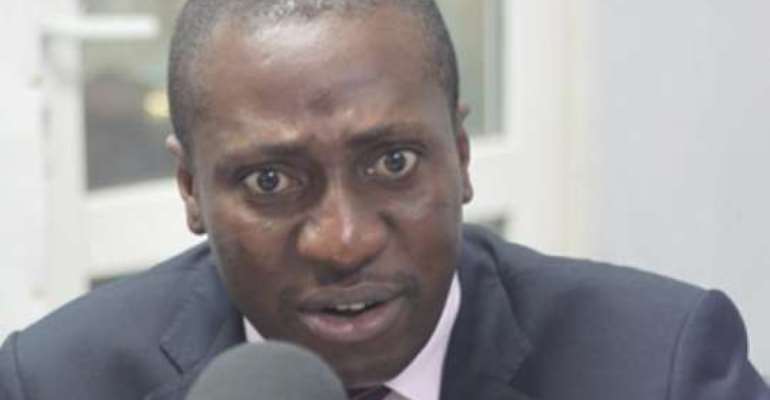 Mr Alexander Afenyo-Markin, Member of Parliament (MP) for the Efutu Constituency, has said it is our responsibility to ensure that the right things are done at the University of Education, Winneba (UEW).

He said as the MP for the area he cannot sit unconcerned and watch things go bad at the institution.

Mr Afenyo-Markin said this when he interacted with students from the Political Science Department of UEW who visited Parliament House.

The students were on an educational tour of Parliament and other state institutions in Accra.

Some of the students also asked the MP what he is doing to ensure a conducive learning environment in the school.

The Vice-Chancellor of the University of Education Winneba (UEW) Prof Mawutor Avoke and five other senior officials have been asked to step aside as investigations into alleged malfeasance continues.

The Vice-Chancellor and the Finance Officer are also a subject of three investigations - Economic and Organised Crime Office (EOCO), Bureau of National Investigations (BNI) and the university's fact-finding committee.

They have been accused of "malfeasance in various procurement procedures and contract awards".

The Vice-Chancellor and Finance Officer had already been ordered by the Winneba High Court last July to hand over to the Pro-Vice-Chancellor until a case brought before it is determined.

This was after a private citizen, Supi Kofi Kwayera, asked the court to declare the University's Governing Council illegal because its tenure expired in November 2013.

Mr Afenyo-Markin said the current litigation at the institution is as a result of constitutional issues regarding certain appointments at the University.

He said news of alleged misappropriation of public funds with respect to the award of contracts cannot be swept under the carpet.

He said the UEW as a centre of academic excellence and as MP for the area his interest is to ensure that the correct things are done for the benefit of all in the society.