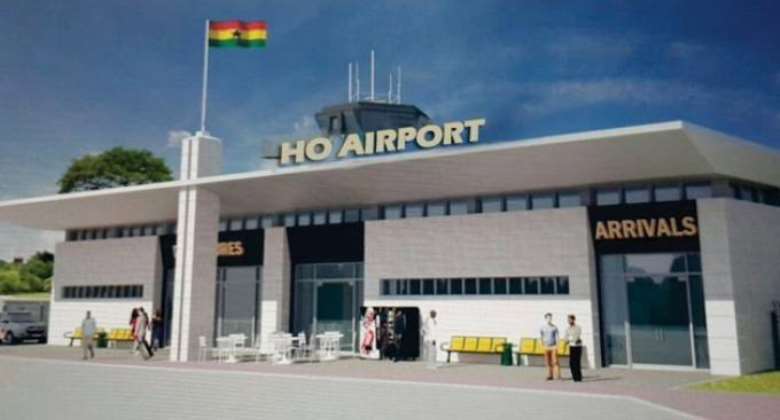 Workers at the Ho Airport site on Friday morning staged a protest to seek better work conditions from their employers.

The hundreds of casual workers said adequate safety and transportation measures had not been put in place for them.

Wearing red armbands amidst singing and chanting, they accused their employers of undermining their local union and imposing an alien union on them in order to “manipulate the system.”

Their peaceful sit-down strike was supervised by police personnel from the Ho Municipal Command who were deployed to ensure law and order.

The supervisors at the facility had locked the gates to the main site when Citi News arrived at the scene.

However, the managers of the project have declined to comment on the matter.

The Airport has seen its first phase commissioned by the previous administration, with the final phase yet to be completed.

The 25-million-dollar project funded by the Ghana Airport Company Limited (GACL), is being executed by Amandi Holding Limited, to boost economic activities and tourism in the Volta Region.

'Captain Smart arrest is intolerance, he did no wrong' – Med...
16 minutes ago