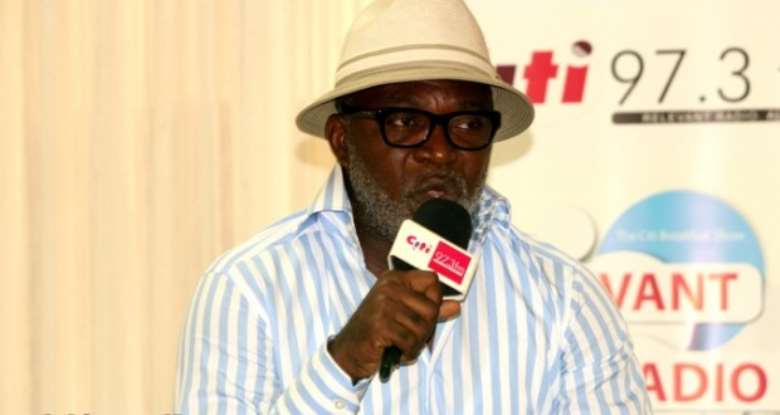 The Consumer Protection Agency (CPA), has called on Ghanaians to report cases of unsatisfactory service at various Embassies in the country in their quest to secure visas for their travels.

His advise comes following several complaints of poor service at some embassies, and this was highlighted by a statement from the Minority Spokesperson on Foreign Affairs, Samuel Okudzeto Ablakwa.

The CPA at a press conference held at its premises, said it will compile these reports and meet with the Ministry of Foreign Affairs in a bid to find a lasting solution.

The Executive Director of the CPA, Kofi Kapito, speaking at the press conference, said 'The CPA like we said, we have engaged various people; we want to collect evidence – I don't want any 'connection man' – I want genuine people who have genuine cases for them to contact us so that we will be able to collect the evidence and present it in our next meeting.'

Some minority members of Parliament have called on government to hold foreign missions accountable over reports of inhumane treatment meted out to Ghanaians.

Without singling out any particular embassy, the Minority Spokesperson on Foreign Affairs, Samuel Okudzeto Ablakwa, noted that the situation could affect diplomatic relations in Ghana if not checked.

Making a statement on the floor of Parliament, the North Tongu MP said: “the blot I speak of is the shabby and dehumanizing treatment sometimes meted out to many Ghanaian applicants virtually on a daily basis.”

He added that “there is also what many Ghanaian visa applicants consider to be extortionist conduct on the part of some of these embassies.”

Mr Ablakwa noted that, most embassies have made “no provision for a decent and safe waiting area where visa applicants may be hosted as they wait their turn during visa interview appointments.”

The calls from the MPs prompted the Speaker, Prof. Mike Oquaye, to direct the Foreign Affairs Committee of Parliament to immediately investigate claims that Ghanaians are being maltreated at some foreign missions in the country.

He directed the Foreign Affairs Committee to meet and deliberate on the issue, and visit some of the embassies

“Parliament's Committee on Foreign Affairs shall meet and deliberate on this matter through investigation and interrogation; and armed with a letter from the Speaker's Office, they shall visit relevant embassies and places, analyse the problem, where necessary with the cooperation of Embassy staff, and our own foreign office, but independent of it, and report back to the House,” the Speaker said.