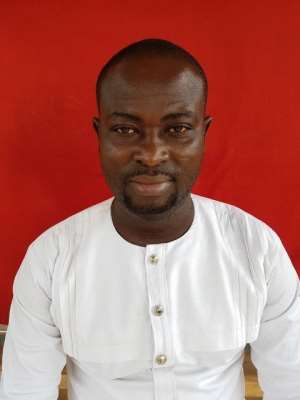 Mr. Alexander Gyan, the Kintampo South District Chief Executive (DCE) has urged unemployed youth in the area to embrace the government's Planting for Food and Jobs (PFFJ) Programme to better their livelihoods.

He said the government exists for the general well-being of every Ghanaian, so the youth must bury their political differences and embark on serious faming, not only to promote food security in the country, but also to enhance their standard of living.

Mr. Gyan gave the advice at separate durbars with the chiefs and people of Agyina, Amoma, Oyoko, Abetasu and Hawora, as part of his one-day familiarisation visit to selected communities in the District on Tuesday.

The visit enabled the DCE to identify the socio-economic challenges of those communities to enable the District Assembly to find possible ways of addressing them.

He said the development of the country required the contribution of the entre citizenry in various ways and therefore the provision and implementation of development projects at either local or national levels must not be politicised as they were meant to move the nation forward.

The DCE said, to make farming lucrative for farmers, the Government had subsidised fertilizer and seed maize for people, who would go into maize production, to ensure high yields and returns.

He said Government would construct a warehouse at Jema, the District capital, for maize farmers to store their produce and prevent post-harvest loses whilst waiting for better market prices.

The Odikro of Agyina, Nana Adu Baffo Adade II commended the District Assembly for collaborating with the World Vision International to provide four boreholes and a 'gari' processing plant for the people of the community.

Nana Adade complained that the community had been living in darkness over the years because of lack of electricity despite the launch of the national Rural Electrification Programme 34 years ago and pleaded with the Government to connect the area to the national grid to open it up for rapid socio-economic growth.

He said the area also need nurses to manage the Community-based Health Planning Services (CHPS) Compound and appealed to the DCE to liaise with the Ghana Health Service to intervene so that the health needs of the people would be met.

"It's a great time to invest in Ghana, the safest country in...
8 minutes ago