My Encounter With A ‘Police Commander’ 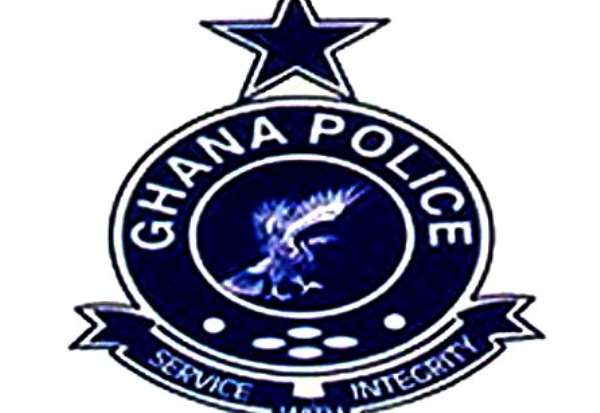 Just after the traffic light before the West Hills Mall at Weija, a car on an alarming speed signaled me to stop.

I did because the driver was wearing a Ghana police uniform.

In great anger, the man in uniform came to inform me that I had crossed a red light. I did not argue. I apologised and explained I was not aware the light was red when I crossed it.

He informed me that the police commander for the Odorkor area was in the car not wearing a uniform. He ordered me to explain myself to him and apologize. I was calm.

The supposed commander started a tirade of verbal abuse. He really insulted me and then instructed the man in uniform to escort me to the Odorkor Police Station. I obliged.

On our way, the supposed police officer advised me to negotiate a fine with his commander as going to court would be a tall order for me.

However, on realizing that I was a journalist because of the pendant in my car, he threatened I would really be embarrassed if the issue came out.

Before I was stopped, I was transporting a medicine to Cape Coast that ought to be in ice until it is administered to the patient. My fear was that further delays will destroy the luxury drug and affect the patient as none could be purchased from there.

I was, therefore, compelled to take the advice of the officer.

The officer then called the Commander to pull over his vehicle. I approached him, showed the medicine in the ice chest to the commander. That rather infuriated him the more. He poured more insults on me and then asked me what other sensible thing I had to tell him.

I told him I had GHS 20 for his morning breakfast. He got extremely angry, asking how I could give that small amount to a whole Commander with many men under him.

He instructed the police to take me to the station. He made further calls instructing somebody already at the station to remove my battery on arrival.

I then resolved that the insults were enough and so stopped apologizing and negitiating a settlement. I was ready to face the law for allegedly violating a traffic offense.

As we approached the Hong Kong police station near Lapaz, the police officer in my car started urging me to add to the GHS 20 to avoid being processed for court. But I told him I did not have more to add.

So we finally got to the police station. The Commander had parked his car 50 metres from the station and was not coming out.

The officer with me started pursuing me, this time forcibly to settle. I got out of the car and shouted no! I am ready for court.

He told me to give him just some few minutes to go to where the commander had parked to plead for me. I rebuffed but he went anyway.

When he left, I moved to the police station and asked one police officer to follow me outside.

I pointed the car which the Commander was using and the police officer to see if he could recognize them as officers working with them.

Immediately the supposed Commander and his officer saw me from a distance talking to the station officer, they bolted.

It became clear that the two men were fraudsters trying to dupe me.

They got that far because their attitude was similar to true police officers’. They all sell justice.

My prayer is that nobody becomes the next victim, and the police service must indeed live up to their motto, “Service with integrity” so that fraudsters in their midst can easily be identified.

More Feature Article
Modern Ghana Links
COVID-19 Vaccine production in Ghana
The six argument: Homosexuality is not a human right
Human Right verses Societal Norms: The issue of LGBTQI in Ghana
Why Change?
Who Born Dog: We Still Remember The Exposure Of Corrupt Judges - By The Brilliant Anas Amereyaw Anas
The Beauty Of Kigali Is A Product Of Law-Enforcement And Sacrifices Of Rwandans
Celebrate Ethiopia’s March 1, 1896 Victory at Adwa: Ethiopia is Fighting Another Battle Today to Protect its Sovereignty
On LGBTQI: Let Us Talk about Authentic Ghanaian Culture Here
How can we finally rid Mother Ghana of the vested interests corrupting Ghanaian officialdom?
Quote Reports Dossiers
TOP STORIES