Students Of Languages Win Debate On Liberty And Job Creation 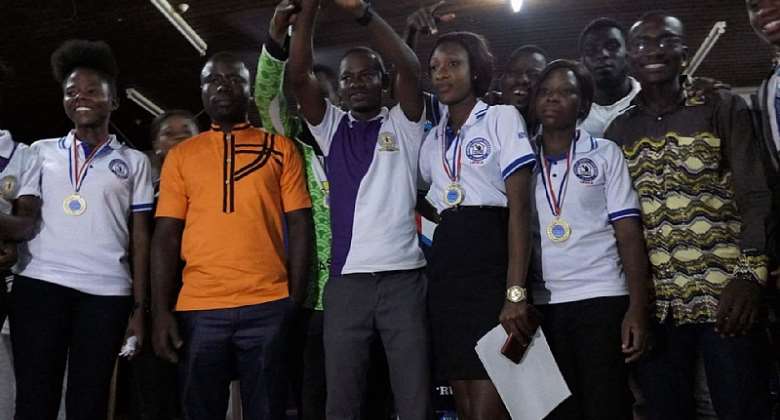 The Association of Students of Languages (ASOL) has emerged winner in the 2017 National Undergraduate Debate and Essay Competition held in Kumasi by the University of Education Winneba with sponsorship from the Institute of Liberty and Policy Innovation (ILAPI)-Ghana.

It started with a number of groups of which some were knocked-out until four qualified for the finals.

The debators explored on ideas of classical liberalism, creation of a free society and wealth creation through competition and innovations.

The debate formed part of ILAPI-Ghana's undergraduate debate project to educate students on liberty and economic freedom as means to eradicate poverty through competition.

This offered the students the first hand opportunity to learn more on classical liberalism to creating prosperity for themselves.

Executive Director of ILAPI-Ghana, Peter Kwofie Bismark, after the debate, urged the nations tertiary students to focus more on Economic Freedom, property right, libertarianism and the need to start businesses while in school.

He also spurred the youth to be disciplined and endeavour to impact their communities with however little they can.

A representative of the ASOL team, Mary Osei, who thanked the organisers, said “after reviewing literatures and some publications, I realised it's better to leave individuals to compete for survival. Government cannot be the sole job creator. I read something on Federich Bastiat, and felt I had been blind for long. I think we won because we spoke the truth."

All the finalists were given medals and the ultimate winner was given a trophy.

'Captain Smart arrest is intolerance, he did no wrong' – Med...
11 minutes ago