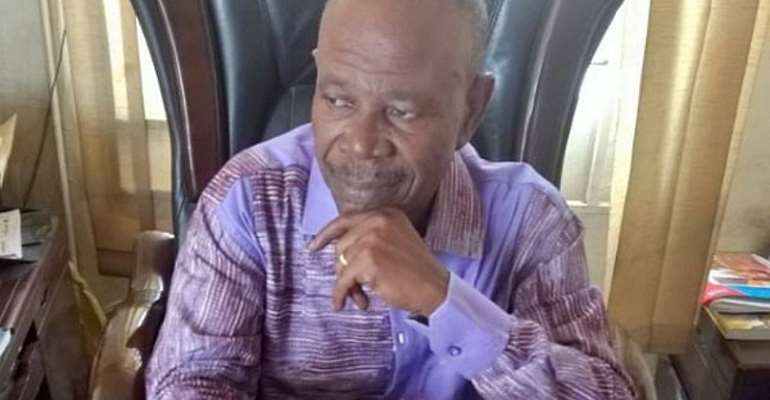 His apology was contained in a press statement signed by him.

George Ayisi-Boateng while addressing Tertiary Students' Confederacy Network (TESCON) in Kumasi made the comments which many have termed as very unfortunate.

Mr. Ayisi-Boateng told the students that, they are his priority in his dealings while at his duty post and that, it is by dint of the hard work party loyalists put in, that saw the party recapture power so it will be the right thing to do.

The High Commissioner urged other government appointees to do same. The comments have provoked public outrage and condemnation.

After days of pressure from the public, the High Commissioner finally rendered an unqualified apology to Ghanaians.

Below is the full statement:
RETRACTION OF PARTISAN COMMENTS AND SUBMISSION OF
UNQUALIFIED APOLOGY TO THE GHANAIAN POPULACE
I have, upon sober reflection, decided to retract the comments I made during my interaction with some Members of the New Patriotic Party (NPP) in the Ashanti Region over the weekend.

I have realised that my statement is unfortunate and at variance with the letter and spirit of the Ghanaian constitution and the dignified office of High Commissioner that I occupy.

I am aware that as the representative of Ghana to South Africa, I have a responsibility to protect the interest of all Ghanaians within my jurisdiction and to grant them equal access to opportunities that are presented, irrespective of their political affiliation.

I regret the effect of my speech delivered to the young party members which has generated public outcry.

I, therefore, wish to retract my comments and render an unqualified apology to the Presidency and all Ghanaians