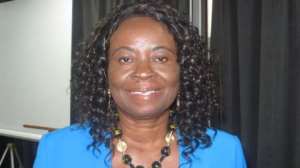 'Section 101 of Act 29 does not describe defilement as a felony, yet the sentence is severer than that of rape, which is described as a first degree felony, this encourages settlement out of court as section 73 of the Courts Act, 1993, Act 459 promotes reconciliation in criminal cases where the offence does not amount to felony and not aggravated in degree,' she stated.

A felony of the first degree is the most serious classified offense you can commit.

Mrs Adinyira made the call on Tuesday in Accra during a panel discussion at the National Consultative Meeting on the Review of the Children's Act, Juvenile Justice Act and Related Laws.

The meeting was organised by the Ministry of Gender, Children and Social Protection under auspices of UNICEF, as part of efforts to address gaps in the laws relating to children Ghana.

Mrs Adinyira said section 14 of the Children's Act, 1998, Act 560 was not described as a misdemeanour.

She explained that the sentence of a maximum option of a fine of 250 penalty units or maximum one year imprisonment or both provided in section 15 of the Acts was less severe, which needed to be reviewed to conform with section 109 of Act 29.

She said sexual offenders especially child molesters should be put on a special list on the Domestic Violence and Victim Support Unit (DOVVSU) platform/website.

Mrs Adinyira, who served as a member of the United Nations Appeal Tribunal from 2009 to 2016, said the protection of the rights of a child was not only the responsibility of the Ministry of Gender, Children and Social Protection, but a multi-sector responsibility.

'Our over arching goal should be to encourage a collaborative approach between public authorities, non-governmental agencies and families in responding to child abuse and neglect and in the provision of social services,' she said.

She said in Accra, Kumasi and Tema, specialise Gender Based Violence Courts had been established to handle criminal cases involving violence against women and children.

She said in other parts of the country, child victim cases were heard by the regular criminal courts, adding that the judges and magistrates sitting in these courts had received continuous judicial training education.

Mrs Minkah-Premo said Ghanaians had the responsibility to ensure that children were born, brought up in a protected home and were able to reach adulthood.

She said there were a number of issues which were very critical to children, which the nation's current legislation did not deal with citing, 'one of those issues is the issue of surrogacy'.

Surrogacy is a method or agreement whereby a woman agrees to carry a pregnancy for another person or persons, who will become the newborn child's parent(s) after birth.

Mrs Minkah-Premo said it was very important that government passed a law to address the issue of surrogacy.

Mrs Sabaa called for the passage of a law on parenting to ensure that parents did not run away from their responsibility of taking care of their children.