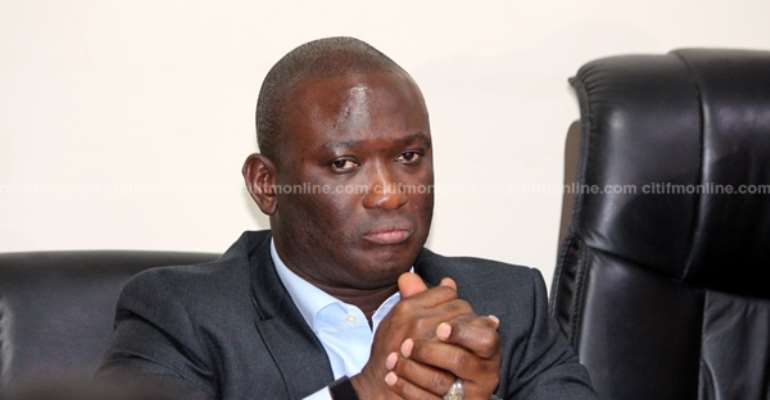 Out of 276 Liquefied Petroleum Gas (LPG) filling stations inspected so far, 108 have been found not to be in full compliance with all regulatory and technical requirements.

Consequently, the National Petroleum Authority (NPA) closed down 71 filling stations due to non-compliance with some regulatory and technical requirements.

However, 26 of the filling stations closed down have been re-opened after comprehensive inspections were carried out by the Inspections and Monitoring Unit of NPA.

Chief Executive Officer (CEO) of NPA, Hassan Tampuli announced this at the launch of the National Petroleum Safety Campaign, under the theme 'People Safety First'.

The campaign is intended to raise awareness for the adherence to safety protocols in the petroleum downstream industry, and to educate the public on their role in preventing fires at all petroleum installations and other locations in the country.

A total of 114 out of the 276 LPG stations inspected by NPA were found to be in full compliance with the prescribed safety standards.

This means 162 LPG stations were found not to be in full compliance with the prescribed safety standards.

Action has been taken against 108 LPG stations, and the NPA is still working to arrive at a decision on the remaining 54 stations found not to be in full compliance with all regulatory and technical requirements.

582 LPG stations in operation
Out of the 636 registered number of refilling plants, 54 are not in operation, leaving 582 in operation.

Tampuli announced that NPA has constituted a committee to oversee the activities of a taskforce that would undertake a comprehensive risk assessment of the existing LPG infrastructure in the country.

According to him, the criteria for categorising the stations into low- or high-risk will include siting or location of the station.

He noted that the compatibility of the station with surrounding activities would be physically assessed to inform the ranking of the facility, and the station must also meet the required minimum safety distances.

He added that the facility layout and the engineering shall conform to strict standards, saying the material of construction shall be appropriate and non-combustible, with the requisite anti-fire or resistant properties.

Also, he said, facilities without the incorporation of active safety systems shall be closed down to avoid any poor containment incident.

Operations and management
The NPA CEO said the assessment would also cover the operations and general management of the facility, and all staff within the facility should demonstrate adequate knowledge of handling LPG and the standard operating procedures.

“As you are aware, Cabinet has approved the introduction of the Cylinder Recirculation Model of LPG distribution where individuals will no longer own LPG cylinders.

“The NPA is currently developing the implementation strategy of the model, which will be rolled out within one year.

“In the coming weeks, the authority will publish the licensing requirements for setting up LPG bottling plants,” he added.

Tampuli urged the general public to adhere to the safety precautions being propagated, saying safety is a shared responsibility.

He stated that the NPA has intensified its monitoring and inspection activities, in collaboration with other agencies, including the Ghana National Fire Service, Environmental Protection Agency, and Factories Inspectorate Department.

The Reconstructive Plastic Surgery and Burns Centre of the Korle-Bu Teaching Hospital shows a worrying trend where between 35% and 40% of all burns cases admitted at the centre are caused by petroleum products since 2011, and the number has been on the rise, year on year.

It is further reported that about 45% of deaths recorded at the centre were caused by virtue of various degrees of burns resulting from petroleum and gas-related explosions suffered by the victims, resulting in their untimely death.

Tampuli said the authority views this trend as horrifying, and is intensely working to raise awareness on television, radio and various media outlets on safe ways of handling petroleum products to curb injuries and deaths from LPG, petrol, premix and other petroleum-related fires.

It is pertinent to know that some of the recent accidents in the country were caused by human factors such as failure to observe basic safe operating procedures, lack of awareness, and a complete lack of demonstrable knowledge in products handling.

Deputy Minister of Energy, Dr Mohammed Amin Adam, who read the speech of Energy Minister Boakye Agyarko, revealed that in spite of the dangers of poor safety and regulatory regimes, regulators continue to allow special interests to undermine their enforcement of safety regulations, putting the lives and property of people on the line, and, consequently, projecting the petroleum industry as insensitive, irresponsible and only motivated by profits.

Calling for an end to the laxity, he encouraged industry players to take the bold step of formulating industry safety standards through industry associations and peer review each other, and where necessary delist peers who are not keeping up with standards.

According to him, this would not only complement the role of regulators, but would embolden them to take decisive disciplinary actions against offending industry players based on industry recommendations.

He said it is essential that the NPA deemed it imperative to intensify its public education campaign on the safe use and handling of this product.

He urged the NPA and other regulators of the downstream petroleum industry to intensify their inspection regime to ensure safety compliance in the industry.

“It is in this light that my ministry has given the green light for the NPA to partner with relevant stakeholders to deploy 200 safety auditors to augment the already existing safety measures to ensure safety standards at various petrol/diesel and gas stations across the country,” he added.