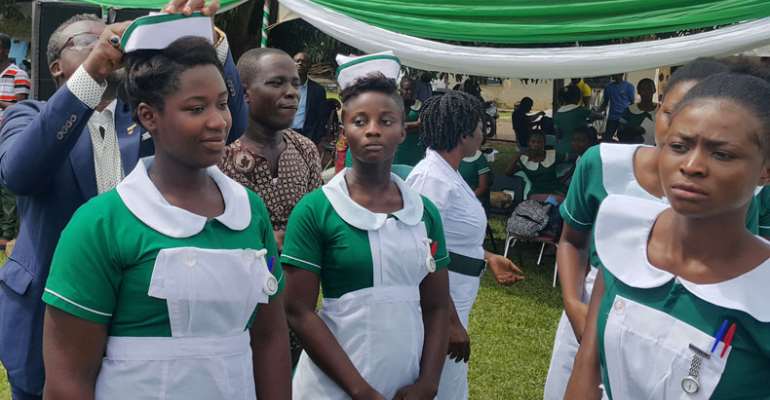 Nurses and health workers in general have been sternly warned against spending excessive time on social media platforms during working hours, where they are supposed to work and save human lives.

He, therefore, stated that it is high about time nurses shunned social media during working hours and also abide strictly to the ethics of their noble profession to help win the confidence and support of the public, once again.

“Recently there have been challenges and concerns with the use, abuse/misuse of social media during service delivery. Maybe, it is time to rationalise their use in a respectful manner especially in the presence of clients,” he admonished.

He commended government for restoring the nurses' trainee allowance to mitigate the financial burden on the trainee nurses, urging the nurses to work to justify the restoration of the allowance.

The programme, which was under the theme 'Universal Health Coverage: The Role of CHAG Health Training Institutions', was attended by fresh students of the school, their parents and other dignitaries.

On his part, Atta Tuffuor, the principal of the school, also showered praises on government for listening to the constant cries of the trainee-nurses by restoring their allowance, stressing that the positive move is appreciated.

He said lack of infrastructure, textbooks, computers, teaching materials and indiscipline among students remain some of the major problems facing the school, calling for support from stakeholders to solve them.

Mr Tuffuor disclosed that in all, 374 students, including 182 general nursing and 192 midwifery students, were admitted into the school, admonishing them to put up good behaviour during their stay in school.