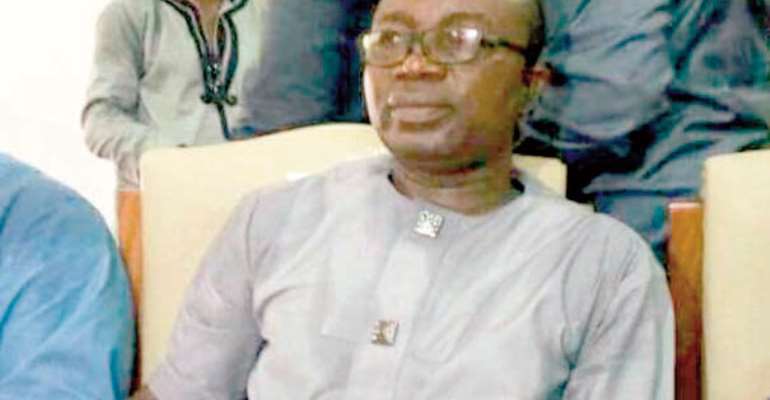 Starting November 6, 2017, the Kumasi Metropolitan Assembly (KMA) will relocate traders who have been selling along the streets in the Central Business District (CBD) of the city to the Race Course, which is almost complete, and the Abinkyi Market to trade.

The move is aimed at saving the KMA from incurring additional cost on the ongoing Kejetia Bus Terminal project, which is expected to be completed and handed over to the city authorities by the middle of next year.

The Brazilian contractors working on the terminal are struggling to get access and fix the adjoining roads to Kejetia – which are currently being occupied illegally by hawkers.

The contractors had even threatened that they would push any additional cost regarding the fixing of the adjoining roads to the KMA to pay, if the hawkers continued to annex the roads and delay the process.

Aside the KMA incurring additional cost, the decision is also geared towards preventing any tragedy in Kumasi, which is choked with a sea of people, and also to ensure free flow of traffic, as well as movement of people.

KMA, headed by Osei Assibey Antwi, wants to avoid past situations where its attempt to relocate traders and hawkers from the streets resulted in deadly clashes between the traders and KMA city guards.

In this regard, the KMA has involved all major stakeholders and opinion leaders in the city to help make the upcoming exercise peaceful and incident-free.

Mr Osei Assibey Antwi, speaking during a stakeholder meeting ahead of the relocation exercise on Tuesday, said movement of people and vehicles at the Central Business District of Kumasi was almost impossible.

According to him, the possibility of loss of scores of human lives in Kumasi in the event of any stampede was very high, stressing that the assembly would not sit aloof for calamity to happen before it acts.

All the 24 transport unions in Kumasi and other stakeholders were also present; and they all pledged their unflinching support to make the upcoming relocation exercise successful.

Asantehemaa's Funeral
The Kumasi Mayor said the decision was also geared towards beautifying the city ahead of a 15-day funeral of the late Asantehemaa, Nana Afia Kobi Serwah Ampem, which starts on December 1.

Mr Osei Assibey said the Asante Queen's funeral would attract dignitaries from across the globe to the city and so there was the need to beautify the city and also ensure free movement of people and vehicles.

The Nsumankwahene, Baffuor Asabre Kogyawoasu Ababio, said the chiefs and elders were in full support of the KMA to relocate the traders to ensure free flow of people and vehicles ahead of the queen's funeral.

He therefore admonished residents of the city to fully comply with any directive of the KMA to help make Kumasi reclaim its old 'Garden City' status.