The Next Suicide Threat You Come Across Isn't A Joke! 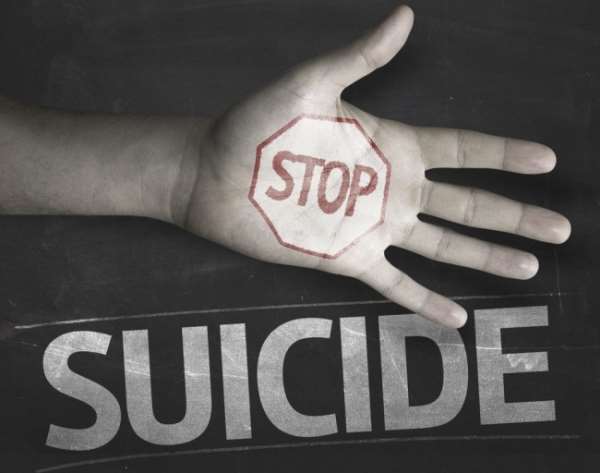 Suicide is fast becoming a quick fix to intolerable depression. While we try to preserve the only life we have; every one hour, some other people are trying to lose theirs—intentionally. Stories of suicide could seem a bit like fiction. Can people hurt so bad that they resort to killing themselves? Well, you never know if you don't feel the hurt the way they do.

"Why is life so complicated?" was the brief suicide note of the bravest 17 year old I've ever met who was almost successful in his second suicide attempt. Having lived with an uncommon speech disorder for the most part of his life, young David had a torrid time finding acceptance among his teenage folks. Often categorized by his classmates as "the duff" of the class, and once referred to as an "incomplete human being" by his dad after a severe scolding, David figured he may had overstayed his welcome on earth, and chose to end his life by drinking an awful lot of rat poison with hopes of dying in his sleep. Fortunately, he survived yet again, but how much longer before a third attempt?

The deliberate killing of oneself, is the least solution to problems. Although, we can attribute a bit of poor judgment or mental illness to some cases of suicide, our bankruptcy in love and genuine care for people with special needs are great stimulants for suicide. A few times, we're privileged to be pre-informed by suicidal persons on their impending desire for death. How do we react to such information? Laugh off in mockery?

People carry different degrees of pain as they casually walk past us everyday. Some with fatally bruised emotions, severe loneliness, intense depression from failure or financial wreckage, unexplainable sadness from unfulfillment or personality crisis; while some other people are stuck between enduring a traumatic terminal ailment for the rest of their lives, or putting themselves out of misery through suicide.

We can cut down figures on the high casualty rate of suicide by doing very simple things like: treating others nicely as often as we can, genuinely getting involved in the lives of people through lending a listening ear, or politely offering words of encouragement and hope. Suicidal tendencies are more tempting in the absence of consistent love and care. In my series of interaction with David (who hopefully, isn't suicidal anymore), he once mentioned, "If only I had a friend, classmate or teacher to talk to, who didn't mock my nature, and noticed the numerous times I was emotionally down, I wouldn't have attempted killing myself a second time."

If we can kindly provide good reasons for suicidal persons in distress why they should live longer, maybe they will... However, since we can't always tell who's likely to be suicidal and who isn't, we can commit every day of our lives to showing love and bringing hope to people—whether our input is requested or unsolicited.

Bio: Nimi Princewill is a Nigerian-born writer and social reformer.