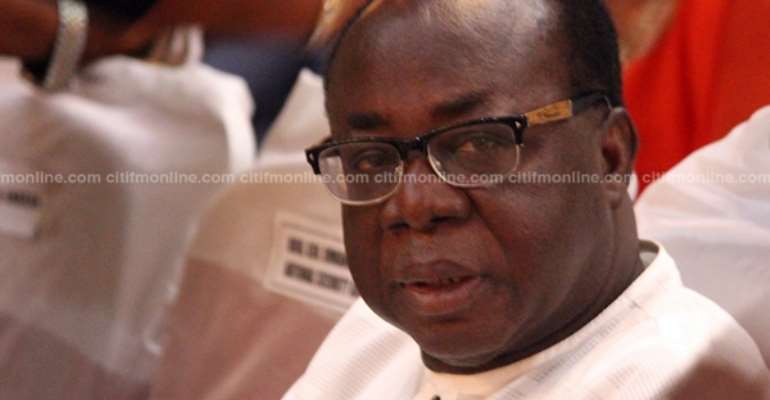 Acting National Chairman of the governing New Patriotic Party (NPP), Freddie Blay, has warned vigilante groups aligned to the party to desist from violent acts or face the full rigorous of the law.

“Law is law, and it must be enforced in this country. So I will ask that if they [vigilante groups] are our members they should stop doing that because people who do that ought to face the rigorous of the law,” he warned in a Citi News interview.

The country has recorded over 20 cases of violence allegedly perpetrated by youth groups affiliated to the governing party since the beginning of the year, 2017.

Notable among them is the terrorizing of the Ashanti Regional Security Coordinator, George Adjei, by members of Delta Force.

Just last week, some rampaging youth believed to be sympathizers of NPP in Gwollu, the capital of the Sissala West District in the Upper West Region, stormed the Assembly and locked up the District Chief Executive, Mohammed Bakor in his office, after they accused the DCE of engaging in “divide and rule” tactics, and failing to address their concerns.

Many especially opposition parties and civil society organisations, have accused government of losing control of the country following the violent attacks perpetrated by the perceived NPP youth groups.

Freddie Blay in the Citi News interview said such cases are regrettable and must not be encouraged by anyone.

“I think it is regrettable and must be condemned. That kind of hooliganism, we must stop it. Whatever it is, government has appointed individuals and given them positions and tasked them to perform some roles in the management of this country. We should respect that, whoever we are; members of our party, supporters should not take the law into their own hands. I will tell all our members in this country particularly party leadership, supporters and the youth that we must discourage that, we must not give a backing to that. We should not encourage young men to do it that way. Directly or indirectly we should stop that.”

He also rejected claims that government is not in control of the country hence such attacks by the party’s members.

He noted that “government is in full control of this. We have asked peace enforcers to take charge of it and do what is appropriate.”

Meanwhile, the Youth Organizer of the governing New Patriotic Party (NPP), Sammi Awuku, has conceded that his party cannot control all its members across the country, but said they should not be blamed for the rise in acts of political vigilantism.

Speaking on Eyewitness News, Mr. Awuku however cautioned against treating the increased vigilantism as an NPP matter, and asserted that “we must also treat it as a matter that cuts across the political divide and not limit it to just the NPP.”

“If we also want to play the partisan card, we can give a total recall of hundreds of incidents, but that does not solve the matter,” he added.