Am No Consultant For MDPI--Assibit 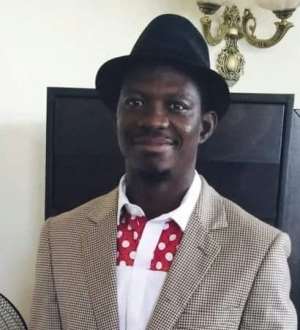 Philip Akpeena Assibit, a Representative of Goodwill International Group (GIG) has said there was no position as a Managing Consultant at the Management Development Productivity Institute (MDPI).

He said it would be false to say that he signed as a Managing Consultant on the MDPI letterhead.

Mr Assibit was answering to questions during cross-examination, where, Mrs Evelyn Keelson, a Senior State Attorney suggested to him that he used of MDPI letterhead with the signature as managing consultant to mislead the public.

However the prosecution exhibited an MDPI letter head where Mr Assibit had signed as Managing Consultant.

Mr Abuga Pele, the former National Co-ordinator of GYEEDA and Mr Assibit, a Representative of GIG, are facing various charges of causing financial loss of 4.1 million Ghana Cedis to the State.

Assibit is being accused of putting in false claims that he had secured a 65-million-dollar World Bank funding for the creation of one million jobs for the youth, which led government to part with GH¢ 4.1 million to his company but failed to deliver per the agreement.

The Accused said that he did not sign as Managing Consultant of MDPI, because there was never such position, adding that 'i cannot have impersonated for a position that does not exist.'

He said it was normal to interchangeably use MDPI and GIG letterheads for works done because there was a relationship because the two institutions.

'I had no motive to achieve except merely using it because that is administratively convenient and normal, since we use their office for all our administrative purposes,' he said.

The State said, the Accused had the opportunity through his lawyers to confront Kofi Humado, Former Minister of Youth and Sport and Dr Sulley Gariba of MDPI on agreement,

Assibit said he was not a lawyer and could not tell the court, why the lawyers did not confront the two personalities on some of the vital documents on the contract.

He said minutes from the Minister now in evidence in the court indicate that there existed a standing agreement which shows that he (Minister) was aware of the contract, hence no need to ask him further questions.

He said considering the substance of documentary evidence before the court as well as witness testimonies in the case, Mr Humado and Dr Gariba were led by prosecution to mislead the court.

The case has been adjourned to Wednesday, November 1, 2017 for further cross-examination.