GSA Clamps Down On Fake Cement 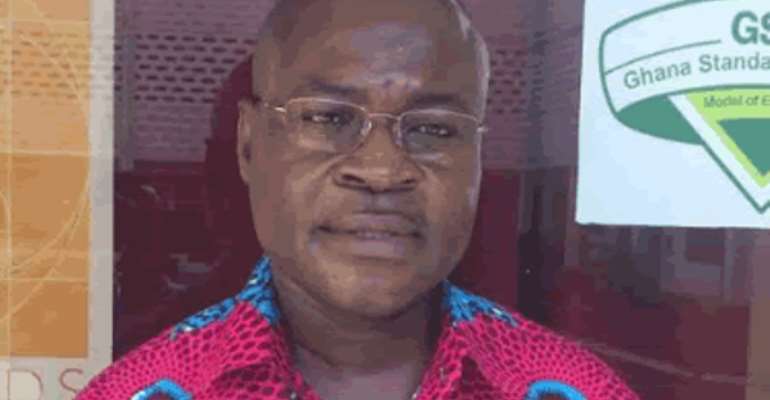 The Ghana Standards Authority (GSA) has disclosed to Citi Business News it will this week embark on a massive market inspection on the sale of cement.

It follows efforts by the Authority to rid the markets of all substandard goods.

According to the Director General of the GSA, Professor Alex Dodoo the exercise is also to protect consumers and give value for money.

The Ghana Standards Authority has come under public criticism recently particularly after the recent gas explosion at the Atomic junction in Accra which some have blamed on the seeming lack of standards in the industry.

Also, the decision to clamp down on substandard cement comes days after reports emerged that a structure in the Ashanti regional capital is posing some safety concerns leading to the evacuation of occupants of the building.

Aside this, sections of the public have been outraged over the spate of buildings collapsing and the attendant deaths in some instances, which have partly been attributed to the use of inferior cement.

But Professor Alex Dodoo is confident the inspection will lead to the sanctioning of perpetrators and sanitise the markets.

“At the end of the day, our job mandated by law is to ensure that we test these things before they are used. We know the industry sometimes tries to be resistant but the bottom line is that this must be done… we are starting from cement, concrete as well as chippings, because there are standards for such and we will stretch across the rest.”

Commenting on the mode of carrying out the mandate, Prof. Dodoo explained that their operation will involve random market visits to bring perpetrators to book.

“What we will do is to go to the market and start taking the products. Most cement manufacturers whether locally or imported, come to us for certification but how do they operate in the market?” he queried.

The GSA boss added, “Indeed there have been reports unconfirmed by us that sometimes people repackage cement and in course of that, they weight is tempered with. Our job as the custodians of weights and measurements is to be checking even the weight of the cement on the market or even to check that consumers get the required weight whenever they buy the commodity.”

Already, Citi Business News understands that the GSA has confiscated some containers of substandard cables.

The Authority has since ordered the return of the goods majority of which had been imported for onward sale on the Ghanaian market.