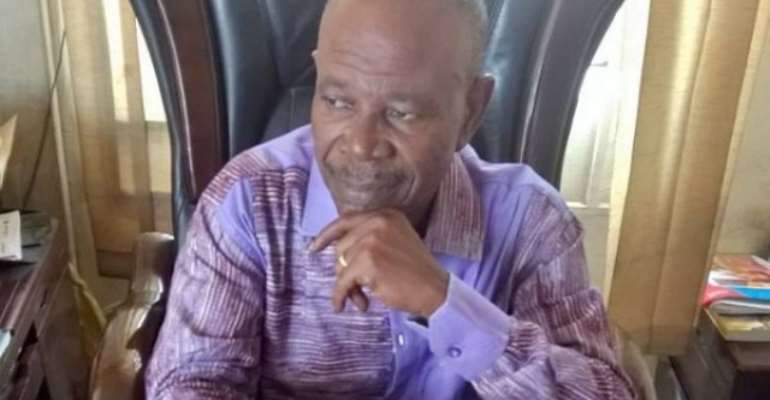 Ghana’s High Commissioner to South Africa, George Ayisi Boateng, has said that he prioritizes members of the New Patriotic Party (NPP) and its student wing, Tertiary Students’ Confederacy Network (TESCON) in his dealings in South Africa.

George Ayisi Boateng said he is of the firm belief that it is the right thing to do because the efforts of the party's loyalists won them the December 2016 election.

The High Commissioner made these comments when he addressed some TESCON members in Kumasi at a ceremony over the weekend, to usher in fresh students of Kumasi Technical University into the network.

While urging other government appointees to follow suit and ensure party members are satisfied before other citizens, he said, “this government is doing its best to create job opportunities and me for instance, I told my people over there [that], it is because of NPP that I'm here, so the NPP man is my priority. I told them when NDC was in power it was Kwesi Ahwoi who was there, now we are in power, so Ayisi-Boateng is here with you. My topmost priority is the problems of an NPP person before any other Ghanaian, take it or leave it.”

“Indeed I'm not boasting, but I've started meeting the NPP groups. Every weekend I meet some group members and I tell you if I had my way, every job opportunity that will come will go to a TESCON member before any other person. And I know my colleague appointees also have the same feeling except that because of IMF we cannot do anything now…,”.he added