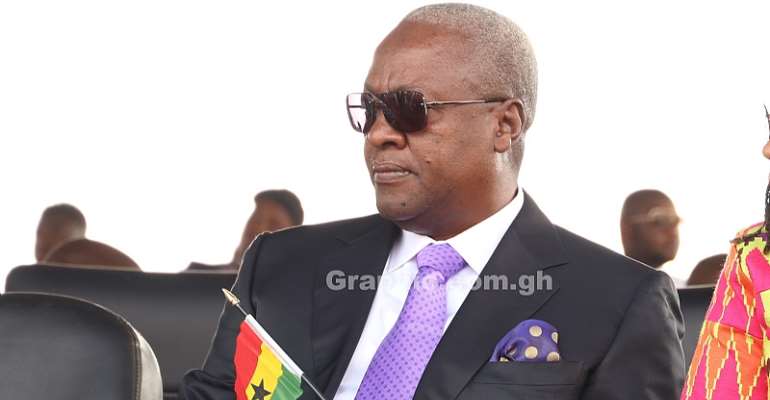 It is extraordinary that those around former President Mahama don't make sure that when it comes to controversial national issues, he maintains a dignified silence at all material times - and never publicly criticises his successor in office, President Akufo-Addo on such matters.

For example, take the matter of the apparent inability of the top heirachy of the Ghana Police Service to ignore interference from meddlesome politicians, and deal effectively with the lawless elements who are taking the law into their own hands with such impunity, and causing mayhem across the country, simply because they are unhappy with certain actions or inactions of the New Patriotic Party (NPP) government, which they claim to have helped win power.

The question there is: Instead of using social media platforms to castigate President Akufo-Addo for the spike in lawlessness across the country, would it not have been far wiser for former President Mahama to have communicated his concerns directly to his successor in office privatelym so that he wouldn't be accused by anyone of playing to the gallery?

Is he not more likely to influence the course of events in our country more effectively and positively by adopting such a method - since it will prove his sincerity: in raising his concerns with President Akufo-Addo directly in statesman-like fashion? Pity.

Quite frankly, this blog does not see how any Ghanaian citizen who actually has former President Mahama's best interests at heart, and cares deeply about the welfare of our nation's younger generations will encourage former President Mahama to remain in active local politics, instead of focusing on helping to resolve conflicts across Africa and encouraging Africa's leaders to commit to good governance and constitutional democracy.

The plain truth is that until all the cases of alleged high-level corruption that are said to have occurred during his tenure as vice-president and president are investigated, and disposed of one way or the other, and he is personally absolved of having engaged in any acts of corruption, alas, former President Mahama will always be a liability for his party, the National Democratic Congress (NDC).

No amount of Kwesi Botchway Committee report head-burying-in-sand can wish that reality away - and the sooner those in former President John Dramani Mahama's inner-circle understood that the better it would for their charge's long-term future: as they would then see clearly why former President Mahama must retire from active local politics if he is to maintain his dignity as a former leader of the Republic of Ghana. Haaba.