Must We All Make Governor Yahaya Bello As Our Common Enemy? 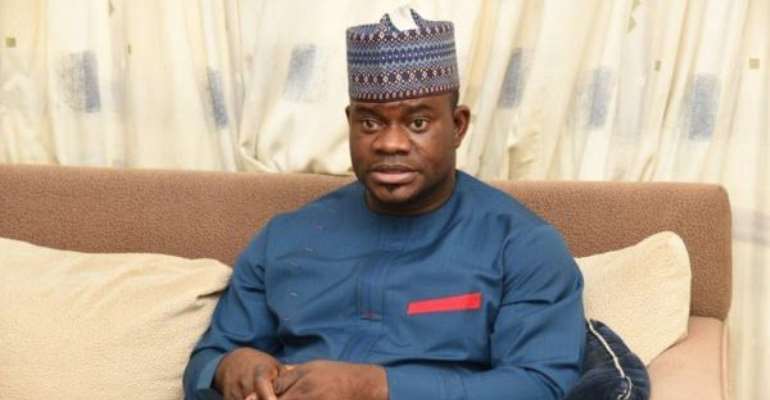 The beauty of democracy is that it gives the people an ample opportunity to exercise their fundamental human right. By exercising our right, we are indirectly participating in the act of governance. The different shades of opinion expressed by people are what make democracy interesting and embracing.

To this effect, we have seen different class of critics. Some are passionate about societal development while others are ethnic or political filled. This later class of critics has made criticism a profession. They always have their own angle and read meaning to every government policy direction. They condemn without suggesting way forward for improving the undoing of the government of the day.

The ethnic filled critics always see power as a means to an end. They are not after development in their inner most mind but just want one of their own kinsmen in power. They chesticize people who are not from their place and make him look black before the public. They are not always pleased with good work of other people other than their own.

This category of people is good at justifying inequity in the State Civil Service and imbalance political appointment in the time past. They support an instance where one segment of the State continues to Lord it over others. They are always good at recommending only their kinsmen as those who can successfully manage the affairs of the State for good.

As for the political inclined individuals, they are very pretentious and first to broadcast the misdeed of the government of the day to the public on the social media platform. They use every little mistake of those in power to paint them black to the people in a bid to woo supporters to their side.

One denominator about the ethnic and political orchestrated critics is that they are not always happy when those in power change for good. They are unforgiving and even ready to eat the carcass of any Governor or any Political Appointee they hated.

Because of their unforgiving spirit, when a societal passionate critic reaches out to those in power directly for corrective measure, they see such person as looking for political appointment or being induced by money.

The above tales are the exert play out in Kogi State now. Thus, the question we must ask ourselves is that must we all see our Governor, Alhaji Yahaya Bello as our common enemy? It is instructive to note that all parents are usually very passionate about their children growth. They show love and care for their children and can even go to any length to protect their interest. No good parent will abandon or excommunicate their children just because of one or two misdeed. Thus, any parent who does that has problem also.

Just like how a Son is to a Parent so also is Kogi State Governor equally is to the people of the State. The Governor is our Son and must be cared for. He must be loved. Insulting or hating him is not a corrective measure from a passionate parent to a Son who is desirous of his or her children’s success.

If God almighty despite our undoing to him could still loves us, why not the people of Kogi State to our Governor. If almighty God despite our sinful nature still embrace us when we come to him despite our sinful nature, why don’t we replicate same to our Governor? Why must we all hate Governor Yahaya Bello? Why must we all consider him as our common enemy and one which should be declared bastard or even excommunicated from the society by all means?

We should understand that no society can grow in an atmosphere filled with hate against their Leader and for this reason let us be polite and be diplomatic in expressing our grievances to the Governor whenever he erred. We must not all make Kogi State Governor as our common enemy as no society can grow with that kind of lifestyle.