Kenya waits for an end to presidential re-run 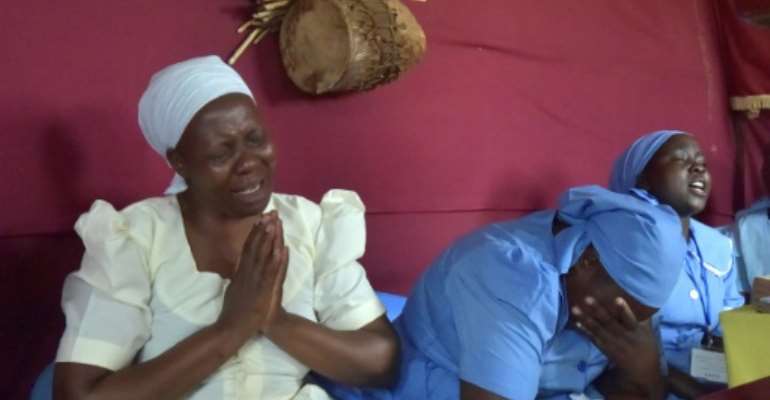 Praying for an end to Kenya's election crisis? Worshippers gather at the Gatina church in Nairobi's Kawangware slum which was visited by embattled opposition leader Raila Odinga. By SIMON MAINA (AFP)

Kenya's election board is expected Monday to decide whether to reschedule a vote in flashpoint opposition areas, where a boycott sparked violent protests, or to push ahead with declaring victory for President Uhuru Kenyatta.

With the counting almost done after Thursday's presidential re-run, the results remained on hold as officials mulled what to do about the 25 constituencies in four western counties where voting was blocked.

At least 49 people have died since the first presidential election of August 8, which was later overturned, prompting Kenya's worst political crisis in a decade.

The months-long electoral dispute and increasingly divisive political rhetoric has polarised the nation and sparked international concern about the future of east Africa's most stable democracy.

Turnout figures given by election chief Wafula Chebukati late Sunday suggested the opposition boycott had held with a turnout of 7.4 million people, equivalent to just 43 percent of voters in 251 of the 266 constituencies where the election took place.

Chebukati said he was "satisfied" with the counting process but made no comment on what would happen in the protest-hit western areas.

Plans to restage the vote in the western regions on Saturday were quickly called off after a second day of protests, over fears for the safety of polling staff.

On Sunday, Odinga, who says Thursday's poll would have been neither free nor fair, continued to demand a new election within 90 days, vowing to stage a campaign of "civil disobedience".

Thursday's presidential re-run was ordered by Kenya's Supreme Court after it overturned Kenyatta's August victory over "irregularities" in the transmission of votes.

That ruling stipulated that the vote must be completed by October 31.

While the Supreme Court ruling was hailed as a chance to deepen democracy, the acrimonious bickering between Odinga and Kenyatta -- whose fathers were rivals before them -- has sharply divided a country where politics is already polarised along tribal lines.

The current political crisis is the worst since a 2007 vote sparked months of politically-driven ethnic violence that left 1,100 people dead.

While the dynamics of 2017's political crisis are very different, the memory of the bloodshed a decade ago is never far away.