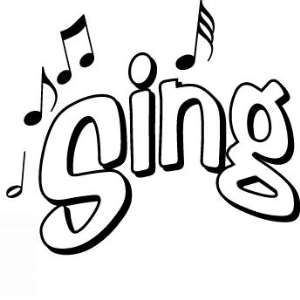 The Confucius Institute at the University of Ghana-Legon, has held its first Chinese Song Contest. The contest, was the final competition of twelve contestants, who were selected from 39 contestants in the preliminary competition which was held on October 20, 2017.

Miss Margaret Clement, a level 100 student of the Ghana Institute of Languages, and also a student of the Confucius Institute, came out as the winner of the competition.

Dr. Meilian Mei, Director of the Confucius Institute, said the contest, sought to provide a platform for Ghanaian students of the institute, to display their good command of the Chinese language, their deep love for Chinese songs and their singing talents.

She said although an entertaining event, the programme ultimately promoted inter-cultural bonding and understanding, and helped forge closer ties between Ghana and China.

The winner of the contest, Miss Clement, received a Huawei mobile phone as her prize and said, she was thankful that her hard work with studying the Chinese language had yielded dividends.

She said she had realised that it was possible to achieve one's goals with dedication and hard work and urged others seeking to learn the Chinese language not to relent on their goal.

Currently, the institute offers courses in Chinese Language Proficiency, and Chinese Culture at eight teaching sites, with an enrollment of more than 3,000 Ghanaian students.