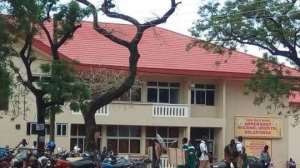 The Upper East Regional hospital is in dire need of Doctors especially Surgical Doctors to aid health care delivery and to cater for its teeming client base in the Region.

The facility has a total of 10 Medical Officers including; three Cuban doctors who are currently on annual leave, leaving the entire facility of 220 bed capacity serving a population of about 1,124,193 with just seven doctors.

Dr Patrick Atobrah, the Medical Director of the hospital, who disclosed this to the Ghana News Agency (GNA) in an interview in Bolgatanga, said the facility as a referral Centre of the Region had a Paediatrician and Gynaecologist as the only specialists.

'We do not easily get doctors at the Out-Patient Department,' he said.

The Director said the hospital would need a minimum of 30 Doctors of various categories to operate comfortably, and appealed to the government to post doctors to the hospital to aid in health delivery.

He said although efforts had to be put in place to attract doctors to the area, the hospital was constrained and could not fund such initiatives.

Dr Atobrah said apart from the lack of doctors which was a major challenge of the hospital, the facility had only one X-ray Technician and a Pharmacist which exerted pressure at the units especially the Pharmacy Unit where patients cue for several hours to be attended to.

He advised young health personnel especially doctors to accept postings to the Region, disclosing that 'they will see all the medical conditions they learnt from their textbooks manifest in patients, and would boost their level of experience than staying in the Urban Centres.'

He expressed concern about the lack of water supply to the facility as most of the units had no source of water to run the hospital's daily activities, adding that 'although the Region was deprived, its natives were Ghanaians and deserved the maximum comfort in seeking health care services.'

Mr Zakariah Yakubu, the Head of Administration, appealed to duty bearers to ensure that Medical Doctors posted to government facilities reported without fail.

He advocated the decentralisation of appointments to the Regional level so that doctors could be distributed accordingly, and said'If you post someone and the person refuses to come, no government hospital should absorb that person.'

The Head of Administration called on government to institute special packages for doctors who accepted postings to deprived areas as a means to motivate them to stay at rural areas where their services were most needed.

Mr Yakubu who said peace was a cardinal component that could attract people who may want to work in the Region, appealed to stakeholders to uphold the peace in the Region to attract professionals especially doctors to the area.

Following the concern raised by the Medical Director, the GNA visited all the units to ascertain the water situation of the facility.

At the Intensive Care Unit (ICU), Neonatal Intensive Care Unit (NICU), Maternity and Gynaecological wards and all its theatres depended on what the nurses called 'Veronica Bucket' which they usually fill with water on daily bases from overhead tanks situated at vantage points.

Madam Felicia Issah, a Nursing Officer and Deputy Ward in charge at the Paediatric Unit, described the water situation at the unit as unhygienic, as a cup was often used to fetch water from a container with assistance from another colleague for hand washing since the unit's 'Veronica Bucket' broke down.

We’re Investing Massively In Infrastructure; Not Rearing Fly...
5 minutes ago

Mahama Shakes Tarkwa As Menzgold Customers Give Him Rousing ...
5 minutes ago