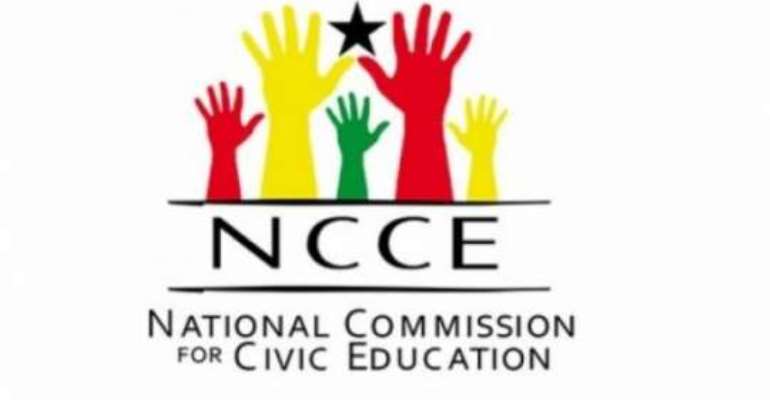 The National Commission for Civic Education (NCCE) has appealed to Ghanaians to show interest in and support its electronic constitution quiz competition for it to achieve the desired objective of promoting good citizenship.

According to the Commission, the competition when given the needed attention would inculcate the tenets of good citizenship among the citizenry and help them perform their responsibilities accordingly to move the country forward.

Madam Kathy Addy, Deputy Chairperson of the NCCE made the appeal at this year's Central Regional inter-schools Constitution quiz competition in Cape Coast on Friday.

She described the initiative as a success and encouraged citizens to use the game and apply the civic values to contribute to the development of the nation.

This year's competition was on the theme 'Restoring Our Ghanaian Values as Active Citizens'.

The Constitution Quiz Contest, a portfolio based on testing the understanding of students at the Senior High Schools (SHS) level on Ghana's constitution was introduced in 2002 by the NCCE.

Recognising the positive fruits of the competition among the youth, the NCCE, expanded its scope to cover students at the tertiary level and launched its maiden Inter-University Quiz and Debate championship earlier this year.

The initiative was to inculcate the message of the Constitution into the youth to be patriotic and responsible and to help build effective citizenship to enable them participate in local and national governance.

Madam Addy said the quiz competition was an important initiative that was of immense benefits to citizens and encouraged them to access it.

She expressed satisfaction about the achievements of the programme and admonished the students to inculcate the civic values learnt and apply them to ensure that they became responsible citizens in society.

She said the initiative had the potential of creating a sense of patriotism among the citizenry and make them understand the value of being a Ghanaian to be able to undertake their civic responsibilities which invariably would give them the urge to contribute to the development of the country.

Madam Addy said celebrating 60 and 25 years of attaining independence and adopting the Fourth Republican Constitution respectively was a good movement to remind Ghanaians of the positive values that they had moved away from and try to revive them while maintaining good values that had emerged over time.

Mr Nicolas Ofori Boateng, Central Regional Director of the NCCE explained that the theme for this year's competition was chosen for the purpose of restoring lost positive Ghanaian values.

He said the main rationale was to imbibe in the youth the knowledge of the constitution and through that they would become good citizens to take their responsible positions in the society in future.

The Ghana National College beat ten other schools to emerge as winners to retain their title as the defending champions of the competition.

They would by this feat be representing the Region at the national 'Constitution Quiz' competition later this year.

Some of the students who spoke to the Ghana News Agency (GNA) commended the NCCE for the initiative and enumerated how the contest had been beneficial to them and their colleagues.