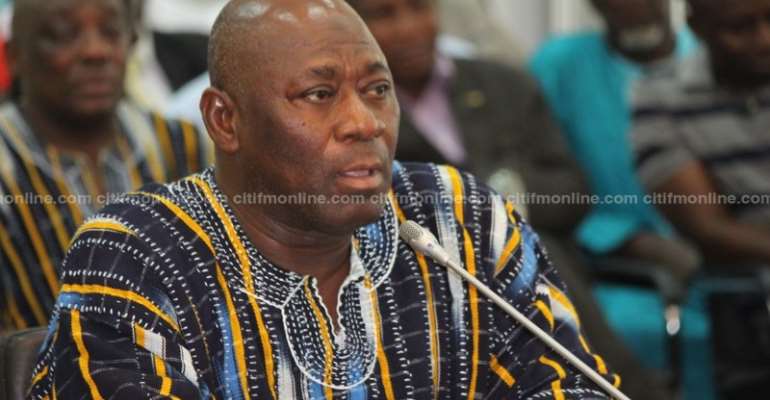 Sulemana Alhassan, Upper West Regional Minister, has downplayed the incident at the office of the Sissala West District Chief Executive that saw rowdy New Patriotic Party youth boldly lock up the office of the public officer.

Speaking on Eyewitness News, Mr. Alhassan, who did not emphatically condemn the action of the youth, described it as a “small hitch between some party youth and the District Chief Executive for Sisala West that led to the youth locking up the office.”

According to him, “the only problem was that they locked the [DCE's] office illegally. This is something I can say was a mob action.”

The Police have said that an arrest on the spur of the moment could have escalated the situation.

The Minister recounted that, when he got to the scene, he had “to ask the district police to intensify their investigations and see if some of them could be identified and if possible arrested.”

He however said talk of prosecuting the culprits was too early, because no arrests had been made yet, despite a spokesperson of the group speaking on Eyewitness News.

The agitating youth complained that they are being neglected in favour of people aligned to the DCE, Mohammed Bako.

A similar incident at Karaga in the Northern Region, the NPP Chairman for the Karaga Constituency and four others have been arrested to assist police in their investigations.

The irate youth in Karaga, believed to be sympathizers of the New Patriotic Party (NPP), early on, invaded a police station , and freed some NPP members who were in police custody.

A Citi News source who was close to the scene, said the youth acted in that manner because the District Chief Executive of Karaga, Alhassan Yabdoo, allegedly caused the arrest of some NPP communicators.