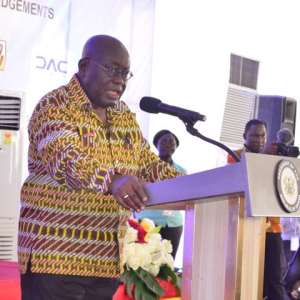 The first ever African Air Show 2017, hosted by Ghana's Ministry of Aviation and the Ghana Airports Company Limited has begun in Accra with a call on stakeholders in African aviation to innovate and collaborate to move the industry forward.

Ms. Iyabo Sosina, Secretary General of the African Civil Aviation Commission (AFCAC), said there was room for further improvement in the air transport value chain that African countries could take advantage of through innovation and collaboration among all stakeholders.

This, she said, would ensure a safe, secure, reliable and economically efficient air transport in Africa.

Speaking at a ceremony to open the conference on Tuesday ahead of the official opening of the Air Show by President Akuffo Addo on Wednesday, Ms Sosina said given that aviation was recognised as a very powerful tool for economic development, and that average annual passenger growth rate in Africa was estimated at 5.7 percent, there was the need for increased investment in the sector.

'These investments should be in the areas of infrastructure development, human capital development, funding for aircrafts and equipment among others, for improved and reliable interconnectivity, especially in light of the challenges in moving from one city to another within Africa.

'A close analysis of the civil aviation problems in Africa reveals commonalities in almost all the states and thus I'm of the view that overcoming these challenges will require commitment, collaboration, cooperation and synergy of efforts among states, organisations, donors and all stakeholders,' she stated.

Ms Iyabo commended Ghana and the GACL for the organisation of the Air Show, saying the exhibition and conference was the first of its kind in West Africa and most recent in Africa, and will engage major players within the African and global aviation space with a view of positioning the African aviation industry at the forefront of regional and global interest.

It is also expected to provide a forum for stakeholders to interact with prospective investors in the development of Ghana and Africa's aviation infrastructure and services and bring them up to speed with the dynamics of the industry through the sharing of experiences.

Mr Raphael Kuuchi, Vice President for Africa, International Air Transport Association (IATA) said the timing of the event was commendable as the African air transport market was forecast by IATA to be the fastest growing of all the world's regions, over the next 20 years.

'Passenger traffic in Africa will grow at seven percent per annum over the next 20 years. In other words, some 257 million more passengers will be added to the current 130 million passengers flying in Africa,' he said, adding that the industry, last year, contributed to 6.8 million jobs and $72.5 billion to the GDP od Africa economies.

In Ghana, the industry will continue its strong growth, averaging 6.2 percent in the next 20 years, increase passenger throughput from the current 2.5 million passengers to 8.2 million over the period.

He noted that the growth in Ghana and Africa required the placement of some fundamentals such as safety and security, infrastructure development, cost competitiveness, smarter regulations, market access, human capacity development and retention.

He noted that the Air Show provided an opportunity to position Ghana as an aviation equipment and logistics hub in Africa.

He however called on Ghana to lead in the establishment of a national airline in order to make her an iconic aviation giant in West Africa, explaining that the absence of a hub in the region was a lost opportunity and a drawback on the realisation of the potential of air transport in the region.

Mr John Attafuah, Managing Director the GACL said the conference had brought together seasoned professionals to discuss topics that would make the aviation industry in Africa, not only competitive but also attractive at the global level.