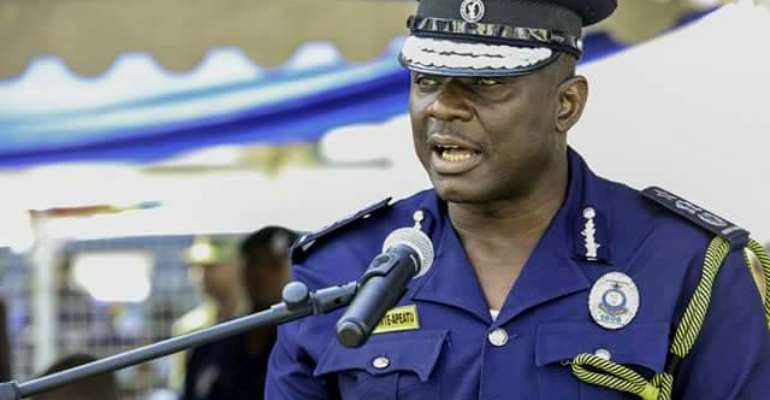 The Inspector General Police , David Asante-Apeatu, says pragmatic steps are being taken to make the Ghana Police Service the best in Africa within 4 years.

According to him, the police administration has rolled out a transformational agenda to modernize its operation and put it ahead of its peers in the African region.

The Ghana Police service has come under heavy criticism in recent times over its failings in cracking the whip on suspected criminals, especially political vigilante groups who blatantly disregard the law and perpetuate crimes in broad daylight.

Speaking at the opening ceremony of a two-day orientation course for regional private security liaison officers, the IGP said the Police service also looks to becoming among the top 10 organizations in the world.

“These developments in the police private security front is part of the police's transformation agenda which is inspired by our vision to be a world-class police service capable of delivering planned, democratic, protective and peaceful services up to the standards of international best practices.”

“The goal of the transformation program is to make the Ghana Police the best service in Africa , and one of the top 10 organizations in the world within 4 years,” he said.

Following his appointment in January 2017, Mr. Asante Appeatu has given indications of his readiness to transform the police service.

The service has been consistently rated as one of the most corrupt institutions, with many members of the public accusing its men and women of exhibiting all forms of unprofessional conduct.

Among the developments at the Police Service following his appointment, is the introduction of a GHc 50,000 insurance cover for officers who die in line of duty.

Mr. Appeatu said the amount would be used in case of death in the line of duty, and three children would be catered for from nursery to tertiary.