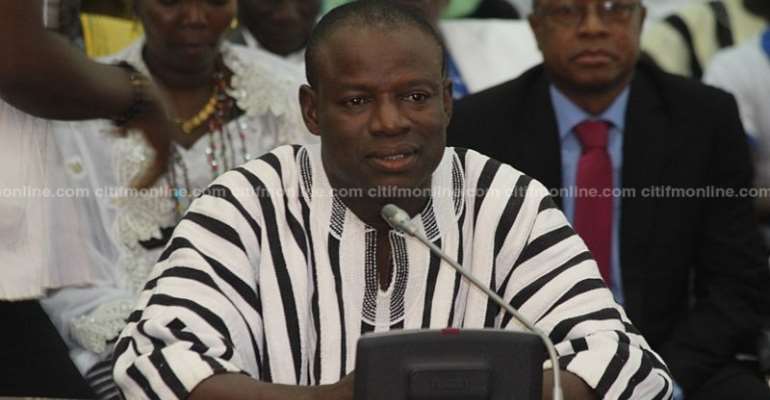 The Northern Regional Minister, Salifu Saeed, is asking law enforcement agencies to clamp down on the activities of rampaging youth of the governing New Patriotic Party (NPP), to lessen the tensions in the area.

As Chairman of the Regional Security Council, the unhappy Salifu Saeed said government can no longer tolerate such acts of hooliganism by the irate youth.

Salifu Saeed in a Citi News interview, condemned the recent happenings in Karaga , and asked the law enforcement agencies there to stop such unlawful acts gaining notoriety in other parts of the region.

He reassured people of the entire region that the appropriate measures will be put in place to curtail any hostilities that will mar the implementation of pro-poor government policies including the planting for food and jobs, one district-one factory and free Senior High School among others.

Salifu Saeed reiterated the need for aggrieved party loyalists to respect the rule of law in seeking solutions to their concerns.

“President Nana Akufo Addo has sent a clear warning to party youth not to engage in acts that will break the rule of law because he himself is a peaceful person.”

“He wants Ghana to be repackaged to be one of the most peaceful countries we have in this part of the sub region.”

The Northern Regional Minister called for peaceful co-existence as plans are far advanced to bring to finality the age-long Dagbon chieftaincy impasse between the Abudus and Andanis.

Meanwhile, the Regional Security Council (RECSEC), has reinforced security presence in Karaga and its environs.

About 18 violent cases believed to be perpetrated by some youth aligned to the governing party have so far been recorded in the country.

Critics of the NPP have claimed that such groups have been acting lawlessly because of lack of commitment on the part of government to deal with them.