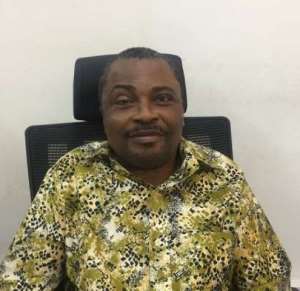 The Ghana Standards Authority (GSA) has urged stakeholders in the food chain to ensure that the food, 'we consume in Ghana are not only nutritious but are safe for consumption to ensure good public health'.

GSA said since food safety was critical in ensuring public health, it was important that every efforts was made to ensure that food products from the farm to the table were produced according to the acceptable standards.

Speaking at a training workshop on Codex and Food Safety in Accra, Dr Kofi Amponsah-Bediako, Head of Public Relations at the GSA, said most often people only concerned themselves with how nutritious the food they consumed was, but the safety of the food to be consumed was also important in ensuring healthy people for nation building.

He said food safety was also critical in ensuring fair trade, and global acceptability, as well as helping Ghana to fulfil its global standardization obligations and treaties.

Dr Amponsah-Bediako noted that unsafe food created a vicious cycle that affected many people with its rippling effect on productivity and so, all stakeholders, especially individuals, must be particular with the kind of food they consumed whilst the government also played its role in ensuring that the food consumed in Ghana was safe right from the farm through to the table.

He said government agencies like the GSA, Food and Drugs Authority, Food Research Institute, among others, all have to play their regulatory, monitoring and research roles more effectively while ensuring that the food code were adhered to by the various actors in the food production chain.

He noted that the Codex Alimentarius Commission (CAC) through CODEX was assisting food producers by developing standards covering various types of food, giving consumers more confident with the safety and quality of food.

'Codex is a good partner that guarantees safe food, assures us of quality food, and ensures that food meets specification', Dr Amponsah-Bediako explained.

He therefore urged the media to continually get the proper information on food safety, and help educate and inform the public, both producers and consumers of food on the need to prepare, keep and eat safe food.

Mr Frank Kofi Nagetey, the Deputy Director-General of GSA, in-charge of Operations, emphasised that consumption of unsafe food was dangerous to the health of the people and that was why the country needed to focus on food safety and educate the citizenry on the benefits of safe food.

He said: 'Without safe food, there will be disastrous consequences on society in the sense that people will fall sick and be absent from work. Even in the case of those who are able to go to work, they will not be able to maximize their productive efforts.

'All these will result in waste of resources in terms of time and effort, making us unable to maximize production to improve upon the welfare of our people. All this shows that we need to propagate the good news about consumption of safe food,' he noted.

The training, held for journalists in both the public and private media in Ghana, was organized by the National Codex Committee (NCC), a consultative group to the Government on Food Safety issues, which is made up of stakeholder institutions that have a part to play in ensuring food safety in the country.

The training also formed part of the NCC's awareness creation programme aimed at promoting safe food. It was on the theme: 'Understanding CODEX'.

The NCC secretariat is being hosted by the GSA, which ensures that the Committee works to implement the Codex Alimentarius also known as food code, which are a collection of international food standards, guidelines and codes of practice whose main purpose, was to protect the health of consumers and ensure fair practices in food trade.

The NCC was also formed out of the CAC, a joint FAO/WHO Food Standards Programme that was established in 1963 to protect public health with regards to food safety and trade.