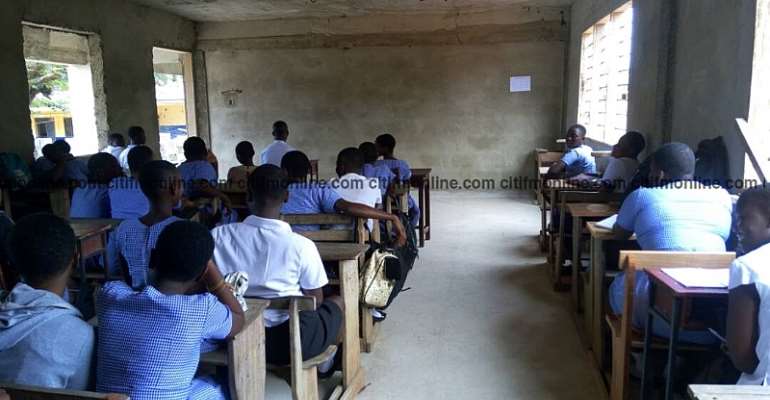 The former headmaster of La PRESEC Senior High School , Samuel Salamat, says he feels hurt about the treatment meted out to him by the Ghana Education Service (GES), over fallout from the implementation of the Free SHS policy at the school.

According to him, the GES did not give him a fair hearing, expressing surprise at the decision to transfer him from the school .

“It is unfortunate that despite of the relationship I have with the Ministry of Education, they could not invite me to find my side of the story. I feel very very hurt,” he said on the Citi Breakfast Show on Thursday.

While suggesting that someone at the Education Service was using the situation to settle a personal score with him, he lamented that, “I have done a lot of work for the Ministry of Education, and I have not taken a pesewa…. Anyway, I will take it like that… I believe that somebody over there is using the official medium to settle a score with me and the person knows himself or herself. The person can go on because I am very surprised about the turn of events.”

Citi News gathered that the headmaster of the school, Samuel Salamat , was transferred to the Curriculum Research of Development Division (CRDD) at the Headquarters of the Ghana Education Service (G.E.S) in Accra from La PRESEC last week.

Initial reports said the transfer was orchestrated by his opening up to the media about the challenges of the school, however the Deputy Minister for Education, Dr. Yaw Osei Adutwu, said that the transfer was because he charged parents “illegal fees” contrary to government’s instruction.

But Mr. Salamat said on the Citi Breakfast Show that he did not charge parents’ fees, instead, he asked for voluntary contribution to provide classroom desks to serve the over 600 fresh students.

He noted that the school at the start of the academic year, had just about 90 desks in good shape for the Free SHS beneficiaries.

He, however said he will not protest his transfer as he believes he can still make a positive impact at his new place of work.

Have Confidence In Me, I'm An Honest Leader — Akufo-Addo
22 minutes ago