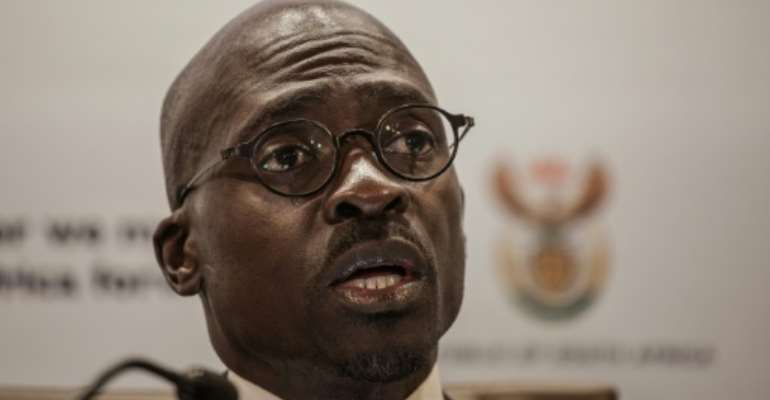 Malusi Gigaba told parliament in Cape Town that "the period ahead is not going to be an easy one", as South Africa struggles with high unemployment and political turmoil in the ruling ANC party.

"It is not in the public interest, nor is it in the interest of government, to sugar-coat the state of our economy and the challenges we are facing," he said.

Gigaba was appointed in March after the sacking of Pravin Gordhan, who was widely seen as a bulwark against corruption in President Jacob Zuma's government.

Gigaba said that GDP was set to grow just 0.7 percent in 2017, down from the 1.3 percent forecast in the February budget.

"We need to better position ourselves to take advantage of the improved global outlook," he said.

"There is no magic bullet to do this... procrastination and dithering must end."

Slow growth and weak revenue will worsen the deficit, which is set to widen to 4.3 percent of GDP in the current fiscal year, up from the target of 3.1 percent.

"Debt has continued to rise as a share of GDP," Gigaba said.

"This year, sluggish economic growth has caused a significant reduction in the tax revenue outlook which has significantly eroded government's fiscal position."

The budget statement said that 15 percent of government revenue would be spent servicing debt by 2021.

South Africa's economy, which is the most developed in Africa, returned to growth in April after a six-month recession.

Unemployment is at a record high of 27.7 percent, more than half of the 56.5 million population live in poverty and business confidence is at its lowest levels since before the end of apartheid in 1994.

"Urbanisation has been associated with a reduction in absolute levels of poverty," Gigaba said.

"But due to the massive inequalities and social legacy of apartheid, South Africa is at risk of missing the benefits of this urban revolution."

Further downgrades to local-currency debt could trigger another bout of foreign investment withdrawal.

The African National Congress (ANC) is embroiled in a fierce battle to choose a new party leader in December, who would be on track to succeed Zuma as national president.

Zuma must stand down before general elections in 2019, after serving the maximum two terms.