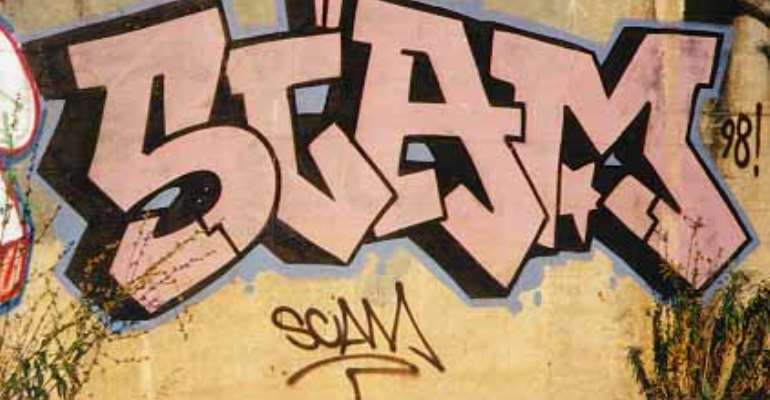 The Criminal Investigations Department (CID) of the Ghana Police is investigating a $6.5 million scam between a 75-year-old German stockbroker and a Nigerian resident in Ghana.

The German, Mr Rolf Mueller, claimed that he entered the country with the amount, intent on investing it in the country, but was robbed of it by the Nigerian, whose name he gave as Yusif Muktar.

According to him, the amount accrued from his lifetime savings and he decided, on his retirement, to come to Ghana to invest $5.5 million in any lucrative business and give $1 million to some charitable organisations.

He said he, therefore, instructed his bankers to transfer the money to Ghana via Lome, Togo.

He said the money was put in a metal box and sealed with a security code which should be opened by Yusif. The German said Yusif told him that the money was conveyed from Lome to a security vault around the airport area but that it was not safe, for which reason he decided to deposit it at the Bank of Ghana (BoG).

Mr Mueller claimed that Yusif gave him a pay-in-slip purported to have been issued by the BoG on the bank's receipt of the said amount on April 5, 2005.

He said on arrival in the country, he spoke to Yusif, who is still resident in the country, and he directed him to the BoG for his money. But when he presented the pay-in-slip for confirmation, he was informed that no such money had been deposited there.

He said after a fruitless attempt to convince officials of the bank, he had to leave the bank for the CID Headquarters where he lodged a complaint with the Deputy Director, who instructed Hope Nyadi of the Commercial Crime Unit to investigate the case.

According to Mueller, although he gave all the necessary information to the CID to pursue the case and arrest Yusif, it had not done so and that made him suspect that the police officers had taken sides in the matter.

When the CID was contacted, the Deputy Director, Mr Patrick Ampewuah, said Mueller went to the BoG with a fake pay-in slip without any account number, claiming he had sent Yusif to deposit $6.5 million there.

He said the bank officials explained to him that although the pay-in slip bore the BoG logo and stamps, they were fake and so they asked him to go and look for Yusif.

The Deputy Director said when Mueller failed to leave the bank, he was handed over to the head of security of the bank and his deputy and they sent him to the CID office.

Upon interrogation, Mueller claimed he worked in Nigeria as a stockbroker during the administration of former Nigerian leader Alhaji Shehu Shagari and that a substantial part of the amount in question was from an oil deal he made with some Nigerians.

Mr Ampewuah said although Mueller claimed the money was deposited at the World Bank for well over 10 years, he could not provide any document covering the saving or any transaction between him and the bank.

He said at that stage, the police realised that Mueller was a victim of a 419 scam but he was not telling the truth.