Don't Focus Too Much On Spiritual Healing--Rev. Minister Cautions 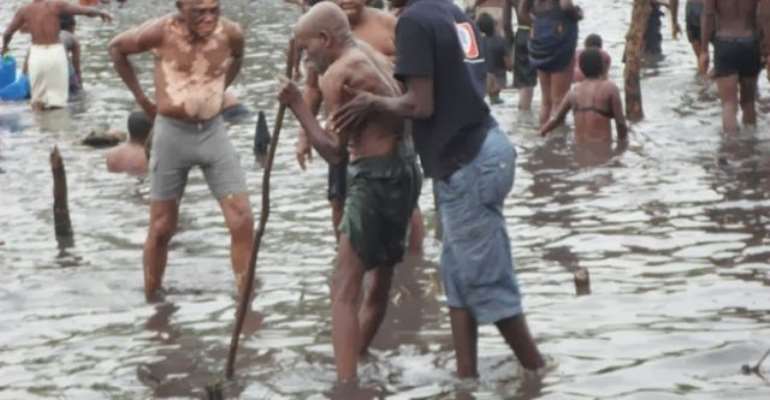 The Reverend Benson Sarfo Kantanka, the Sunyani District Minister of the Presbyterian Church of Ghana, has admonished Christians to seek medical care when sick, instead of concentrating more on spiritual healing.

He said it was unfortunate that many Ghanaians linked sicknesses and diseases to witchcraft, saying it was not all diseases that are caused by demonic attacks.

Rev Kantanka gave the advice at the launching of Hand in Hand, a waste management organisation in Sunyani.

He expressed dismay about churches which spiritualized all forms of sicknesses and diseases saying such churches were not doing their members well.

Rev Kantanka said most diseases were caused by poor hygiene and advised Christians to keep the environment and their surroundings clean to avoid the outbreak of diseases.

He explained that though witches and demons could cause afflictions, sufferings and sicknesses, certain diseases needed urgent medical attention.

This, the Rev Minister observed would help guide them in the food they eat and also to be able to overcome unhealthy lifestyle.

Mr Jacob Yaw Twene, the Director of Operations of Hand in Hand, explained his outfit was a voluntary organization that promoted environmental cleanliness.

He said the organisation was seeking support and very soon it would dustbins at vantage points in the Sunyani Municipality for refuse collection.

Mr Twene appealed to corporate bodies, NGOs, and religious organisations to assist his outfit to procure more of the waste bins.

Nana Yaa Nyamaa, the Queen of Sunyani, who is the chair of the organization, stressed the need to maintain the beauty of Sunyani, as the cleanest city in the country.

Mrs Evelyn Ama Richardson-Kumi, the Sunyani Municipal Chief Executive reminded it was a serious offence to dump refuse or litter on the street.

She said according to the new Local Governance Act 936, anybody who littered on the street could go to jail and advised the general public to handle plastic waste with care in order not to be found wanting.

Tunisians in largest rally against president's 'coup'
26 minutes ago