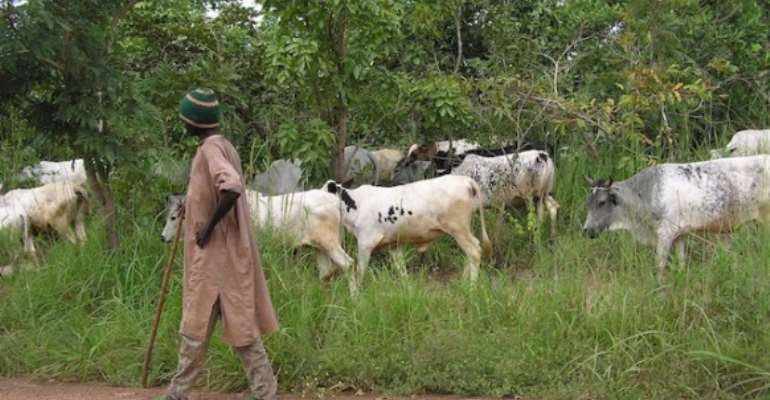 The Assembly Member for Abesaasi-Twebaabi electoral area in the Berekum Municipality of the Brong-Ahafo Region, Atta Jacob, has said that plans are underway to constitute a task-force to commence an operation christened, 'Operation Cow Leg', which seeks to drive away recalcitrant Fulani herdsmen in parts of the region.

According to him, the nomadic herdsmen, who settled in parts of the region about a year ago, agreed to vacate the area within six-months, but are still there, even though the grace period expired in September.

He noted that, the leaders of the herdsmen pleaded with chiefs of the community for an additional one month to finally leave, which they agreed.

But the assembly member for Abesaasi-Twebaabi says majority of the herdsmen still remain on their lands.

“A few have left, but many of them are still there, on our lands.”

Last Friday, heads of the Fulani herdsmen failed to turn up at a meeting with the municipal security, regional security, as well as chiefs of the area, because according to reports, the nomads were bereaved and therefore couldn't make it to the meeting.

A situation the chiefs and the security agencies deemed “disrespectful.”

“If you have done such a thing, you should have come to the security agents and not wait for them to call you. So MISEC (Municipal Security Council) decided that they have given them (Fulani herdsmen) a period (to leave), and the period has elapsed, so they’re expecting them to go in peace. If not, they will write to the regional security council to request for military personnel to support the police personnel at Berekum so they can mount up Operation Cow Leg to drive them away from these communities.”

The decision to resort to the use of 'Operation Cow Leg,' was the outcome of the meeting, and it is expected to be implemented by a joint military and police task-force.

Mr. Atta Jacob also stressed that, no further extension will be given to the Fulani herdsmen for evacuation, and that drastic measures will be taken to ensure their immediate eviction.

He said he was hopeful that the herdsmen will leave willingly and immediately, to avoid the use of force which may degenerate into brutalities.

Why Is NAM1 Free But Menzgolders Being Harassed By Police? –...
57 minutes ago