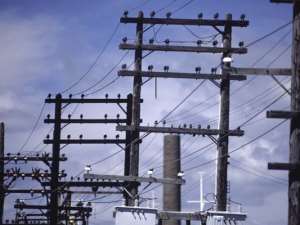 ENERGY WATCH has become aware of the refusal of the Ministry of Finance to release the accrued prize stabilisation levy to the tune of GHC 500, 000,000 to the relevant institutions to aid the poor consumer.

We indicate fully, our displeasure of the Ministry of Finance's dithering in releasing the funds as anti public interest.

As part of the petroleum price build up, there is 10 pesewa per every litre sold at the pump that consumers pay for. The purpose of this amount is mainly for prices to stabilize hence the name price stabilisation levy.

Thus consumers pay this levy so that when petroleum prices go up as we are witnessing now, the Energy Ministry will alert the Ministry of Finance to release the funds to one of the agencies responsible for the sale of the petroleum products to stabilize the prices.

Our checks with the relevant institutions indicate that the levy has yielded more than GHS500 000 000 and it is expected that the money would be released for its intended purpose.

As industry watcher, we are aware of the dire effect on the consumers should the finance ministry refuses to release the funds.

We are by this statement giving Energy Ministry, Finance Ministry, NPA, BOST and the government for that matter 3 working days to ensure that the money is released to bring the petroleum prices down and stabilize the market, failure by which we will use all legitimate public manifestations and legal means to bring justice to the poor consumer.

We are right to daring the Finance ministry to do the needful. We are also obligated to demand and rightfully expect the relevant institutions to insists on the Ministry of Finance to use the Prize Stabilisation levy for its intended purpose.

As a matter fact, we urge parliament to activate its oversight role in the matter of the GHC500,000 000 accrued prize stabilisation levy. This will be in the greater national interest.

For us at *ENERGY WATCH*, we are committed to an unflinching advocacy in ensuring that consumers are not exploited by the very institutions mandated by law to protect them.