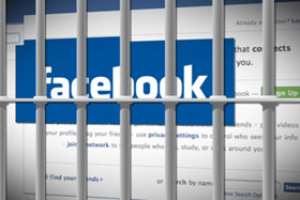 "...We found that several of the statements and passages contained in the Facebook suicide note....were exact copies of other work some of which go back to 2008. In the midst of public corruption run amok, and Ghana journalism and education systems having been on a downward spiral since the 1970s, many Ghanaians today do not like to read... Like Akufo Addo speech writers, many Ghanaians simply copy... In this Facebook crazy world, we would have expected that the Government of Ghana...and the Ghana Police...would have already prominently issued statements about this case, which most likely is a "first" of its kind in Ghana...", (Prof Lungu, 20 Oct 17).

Having been online a whole lot longer than Facebook itself, and longer than so many of the people who can't go through a day without checking their so-called Facebook "walls" a 1000 times each day, we recently recommended to an NGO in Ghana to set up a Facebook account rather than invest in a website (World Wide Web) for the "quickie bang", for obvious reasons. A Facebook "wall" after all is free of charge and many Ghanaians are increasingly interested in matters that are on Facebook, even if they are of puerile interest, with insignificant public policy connotations.

In the midst of public corruption run amok, and Ghana journalism and education systems having been on a downward spiral since the 1970s, many Ghanaians today do not like to read, conduct research, or discuss matters of critical importance, other than about themselves, their friends, and ball games.

Like Akufo Addo speech writers, many Ghanaians simply copy/plagiarize other peoples work: they do not bother to properly attribute, or provide even a list of potential sources.

Of interest here is the recent case of the young man, Kofi Shanti Boafo (may he Rest in Peace).

Mr. Boafo, an employee of the Efia Nkwanta Hospital according to the report, having already started his nuclear family, is reported to have committed suicide 3 days after posting a message on Facebook to that sad effect (Ghanaweb, sourced AdomOnline - see notes).

However, the report actually did not indicate how Mr. Kofi Shanti Boafo committed suicide, whether Ghana Police is investigating the case for potential "foul play", or what his employer, Efia Nkwanta Hospital, knows about the reported suicide of their employee.

Surely, we cannot rule out the impact of the death on some of Mr. Boafo's colleagues at the Efia Nkwanta Hospital even if it is true that Mr. Boafo's parents were not inclined to allow marriage to a young girl who, from the report, came from another part of Ghana, or should we?

More to the point, in this Facebook crazy world, we would have expected that the Government of Ghana would have already, prominently, issued statements about this case, which most likely is a "first" of its kind in Ghana.

We would have expected to see, hear, or read statements from the Ghana police about a Ghana national's "Suicide-by-Facebook".

Or, are Ghanaian authorities not concerned that in this world where "copying" is a norm, that there might be other Ghana nationals who may be tempted to use a similar method to end their lives, or worse?

In fact, far in the deep recesses of the "Comments" thread to the article on Ghanaweb, an individual by the name "Zion" is actually saying and thinking about a similar action, wondering, saying:

This is a serious matter!
Copy-cats, professional police officers call them!
Again, significant as this matter is, and sensing that critically the statements attributed to Mr. Boafo in totality did not all make sense, we searched Facebook and other online records for more information from our vantage point.

We did not find any information about official response to the Facebook and subsequent reported suicide of young Mr. Boafo.

But interestingly, we found that several of the statements and passages contained in the Facebook suicide note (Kofi Shanti Boafo's Facebook "wall" was still active and online as of this writing), were exact copies of other work some of which go back to 2008.

In fact, when we found 3 cases of those instances we simply made the conscious decision to stop comparing online.

One of the sources of Mr. Boafo's "Facebook Suicide" note is from the last letter "Lance Corporal Ben Hyde, 23, from Northallerton, North Yorkshire,... a military policeman who was killed by a mob at Majar al-Kabir, near Basra, Iraq, in July 2003, titled " sent to his family, titled, "Time is so precious":

"....Dear Mum and Dad. If you are reading this, then you will know I won't be coming home. I am up in the stars now looking down on you making sure that you are safe....I am sorry for all the times I have been a pain but I know the good times outweighed the bad tenfold. Thank you for being the best parents anyone could ever have wished for...Remember that every time you are thinking of me, I am thinking of you, too. Look after yourselves....".

Sourced to the Daily Mail, that portal in fact has a photo of Lance Corporal Ben Hyde in his service uniform. (Read more: http://www.dailymail.co.uk/femail/article-1039441/Goodbye-dearest-love--heartbreaking-letters-facing-death-loved-ones.html#ixzz4w5yn5jPX ).

The other potential source of Mr. Boafo "Facebook-Suicide" note is from a piece titled, "This Is Why I Have To Say Goodbye To You." In part, the posting says:

"....I cannot seem to say these words out loud. To me, saying goodbye has always seemed so final. Life is crazy like that. People come in and out of your life; neither one is ever expected. I have found, however, that some people will always come back to you. The ones meant to be in your life will return somewhere down the road. Unfortunately, I do not believe you will ever return. That is why I have to say goodbye....Our relationship, like so many others, had its extreme ups and downs. I tried to focus on the ups, while relentlessly making excuses for you...“He’s just busy” and “He treats everyone like that” became the norm... I may have lost someone that didn’t love me, but you lost someone that truly loved you..." .

Directly from a Facebook page titled, " Love & Life " and posted April 29, 2016 , this third statement is an exact copy of the Boafo Suicide-by-Facebook note:

"....Our relationship, like so many others, had its extreme ups and downs. I tried to focus on the ups, while relentlessly making excuses for you for the downs. “He’s just busy” and “He treats everyone like that” became the norm. I put you before almost anything and anyone else in my life. You knew I loved you, yet you did nothing about it. All I had was hope. You were so important to me. It is extremely difficult writing these words in the past tense. I once thought you would be in my life forever...I can’t let you hurt me any longer. Life is too short to repeatedly get your heart broken...The only way to fix it is by saying goodbye...".

(See and read about that one at https://www.facebook.com/L.LloveNlife/).

Is the Government of Ghana and the Ghana Police Department 100% convinced about the circumstances surrounding the reported suicide of young Mr. Boafo?

Does the Government of Ghana and the Ghana Police care?