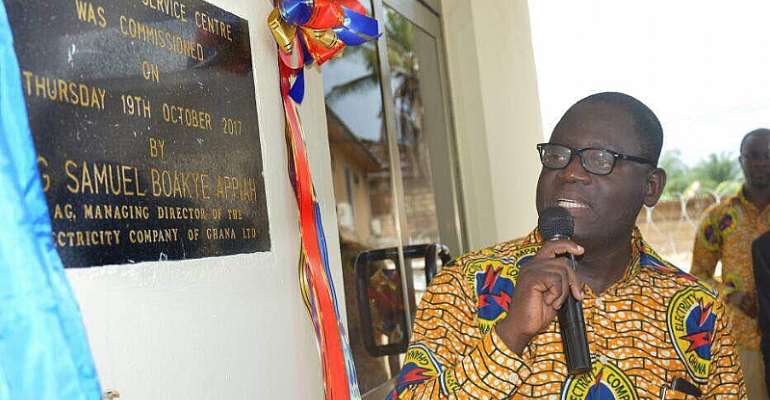 The Electricity Company of Ghana (ECG), has commissioned a new business centre in Wassa Akropong to serve its customers in the Wassa Amenfi East District of the Western Region.

The centre, according to the company, is to bring its services such as payment of electricity bills, reporting of electricity faults and illegal connections, applications for new service and separate meter connections closer to the people of Wassa Akropong and adjoining communities stretching from Bawdie to Nkonya and beyond.

In a speech read on his behalf, the Managing Director of the Electricity Company of Ghana (ECG), Ing. Samuel Boakye-Appiah, noted that, the facility was part of eleven such centres commissioned by the company across the country on that same day.

“The total cost of all eleven Business Centres is approximately GHC 6.4million, and this is fully funded by ECG. That comes down to about GHC 582,000 per Centre”, he disclosed. 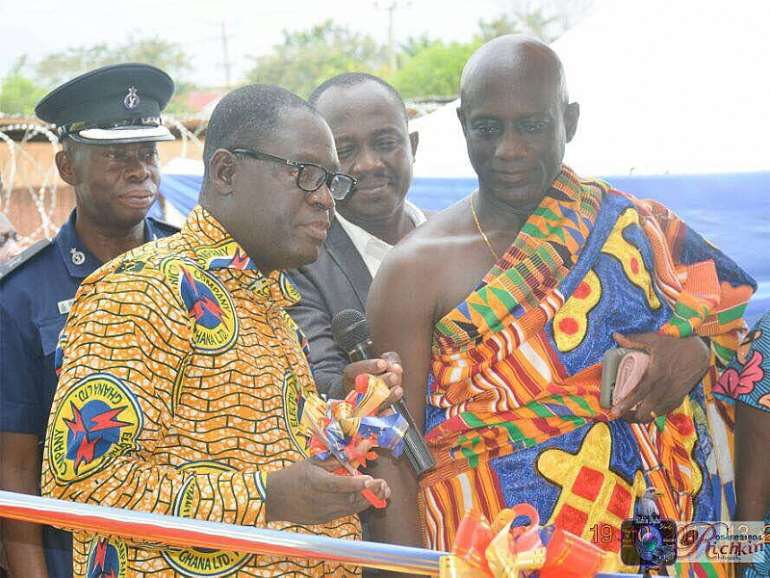 Mr. Boakye-Appiah further noted that, Wassa Akropong was carefully selected for the location of the business centre, due to its central location and easy access to a number of communities in that enclave.

He said the centre would provide easy access to customers; ensure prompt response to complaints and quick deployment of materials to project sites to speed up service delivery. 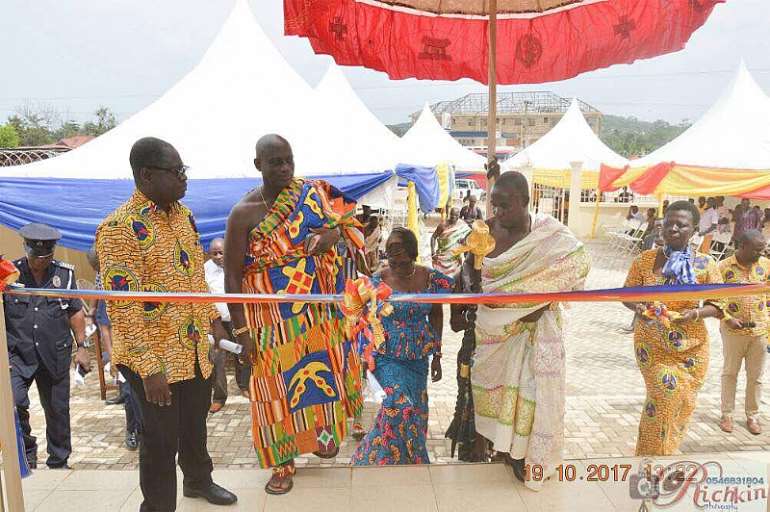 The Managing Director highlighted some innovative projects the company was currently implementing; with the prominent amongst them being a mobile Application which will serve as a unified online vending platform for easy payment of post-paid bills and purchase of pre-paid electricity units.

This he noted was currently being piloted, and would be launched before the end of this year.

Mr. Alex Anwobor, acting General Manager of the Company in the Western Region, in his remarks, thanked the Omanhene of the Wassa Amenfi Traditional Area, Tetreteh Okuamuah Sekyi II and his elders for making land available for the construction of the Centre. 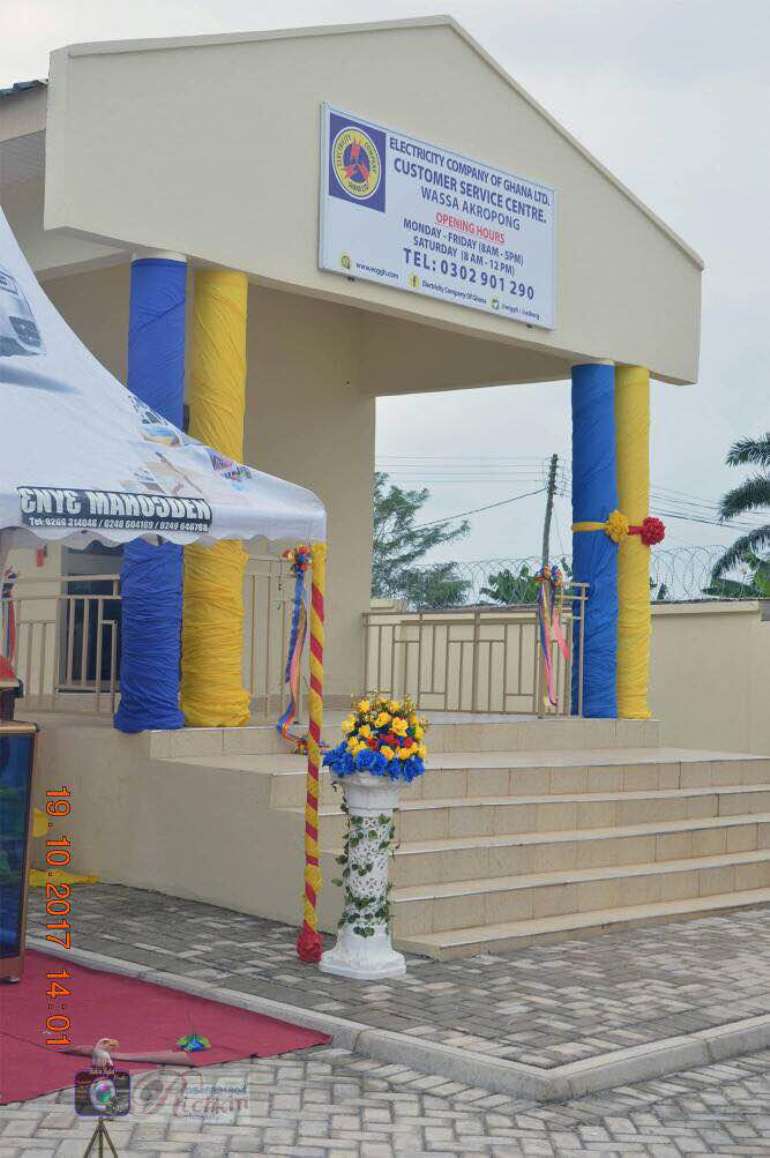 He disclosed that sixteen major projects were currently ongoing in the region to improve reliability of power supply.

These include but not limited to the injection of 61 transformers and network improvement, and extension projects in Wassa Akropong, Tarkwa, Sekondi and Takoradi; the reconstruction of the Inchaban substation to improve supply reliability in the Shama enclave, and the construction of a new switching station to improve reliability of supply in the Ahanta West District. 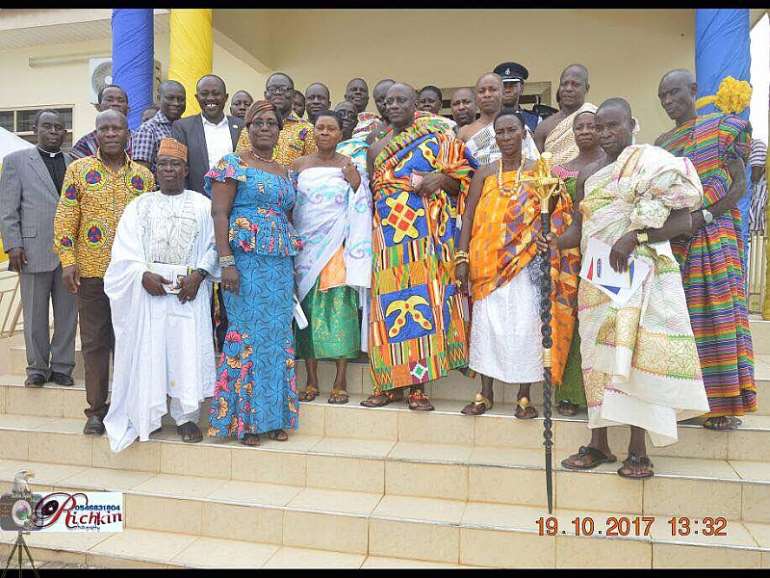 Mr. Anwobor further disclosed that, contracts have been awarded for bush clearing and vegetative control to improve supply quality and stability to the Wassa Akropong area.

The Omanhene of the Wassa Amenfi Traditional area, Tetreteh Okuamuah Sekyi II, who chaired the occasion, commended ECG for the business centre.

He called on the company to consider local content in its staff recruitment for the Centre. 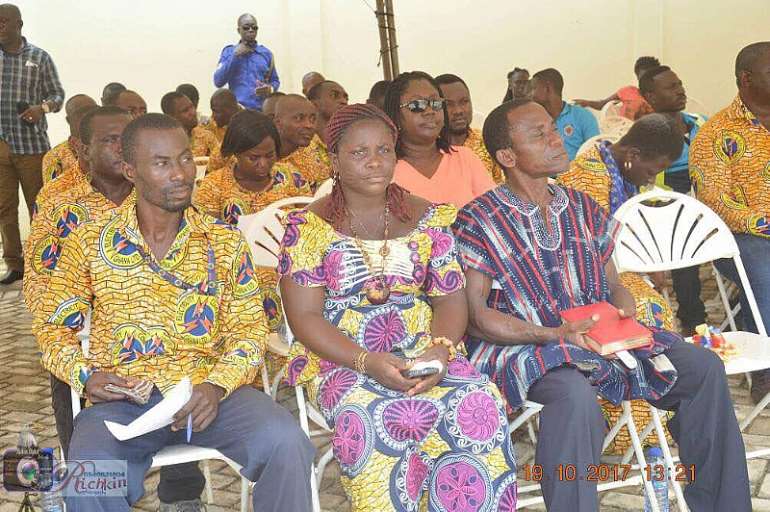 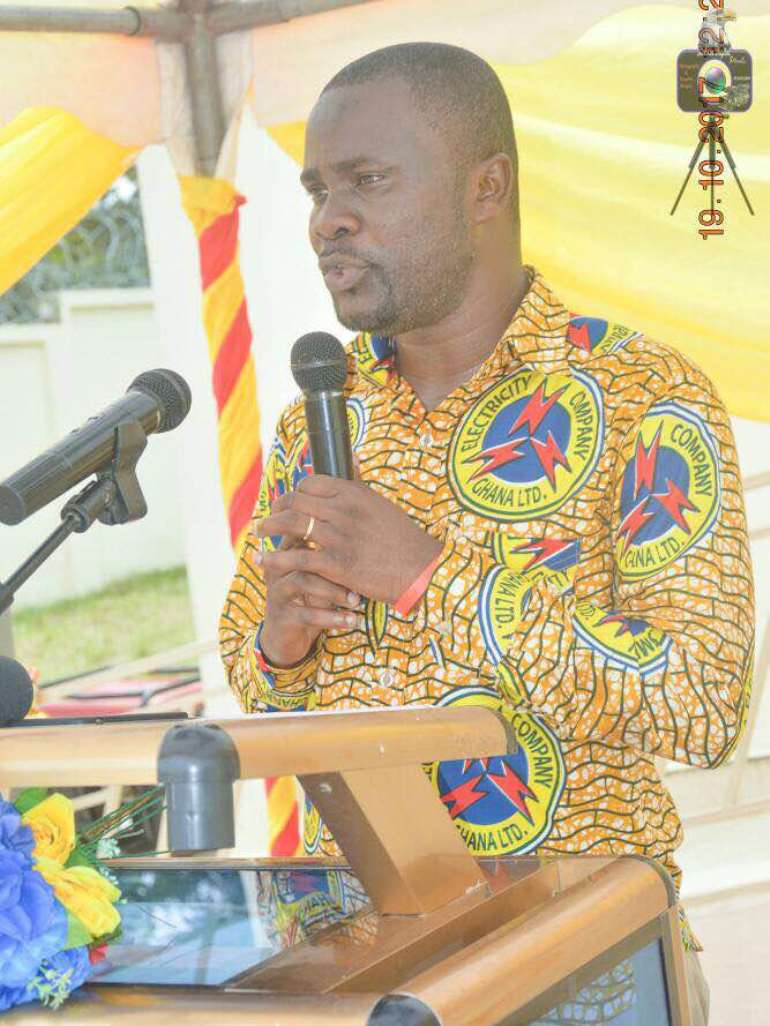 Philip Osei Bonsu, Western Regional ECG PRO.
The District Chief Executive for the Wassa Amenfi East District, Mrs. Helena Appiah, said the district has witnessed improvement in electricity supply in the past few months, and commended the company for their efforts.

She appealed to the company to consider upgrading the Business Centre to a District office in the near future.

The Director of Engineering of ECG, Ing. Kojo Obeng, who represented the Managing Director, joined the Omanhene and the DCE to cut the ceremonial tape signifying the official opening of the Centre for business.