Is Spio-Garbrah’s Wife Even A Ghanaian Citizen? 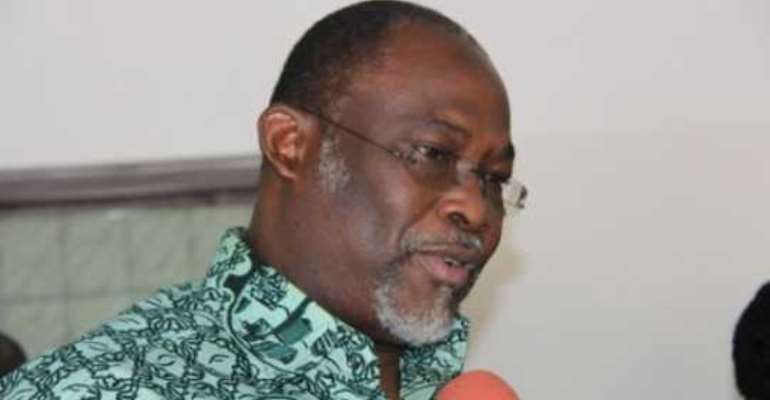 As the old saying goes: “Those who live in glass houses must not throw stones.” In the latest of such crass exhibition of abject hypocrisy, the former Rawlings Trade and Education Minister Mr. EkwowSpio-Garbrah was widely reported by the media to have asserted that the only major political party in the country with a nationalist outlook and reach is the main opposition National Democratic Congress (NDC); and that the Akufo-Addo-led ruling New Patriotic Party (NPP) was decidedly an ethnocentric Akan political organization (See “NPP Is an Ethnocentric Party; NDC Is More Nationalistic – Spio-Garbrah” MyJoyOnline.com 10/17/17).

It is very interesting to observe here that Mr. Spio-Garbrah is not even married to a bona fide Ghanaian woman with an organic Ghanaian citizenship. What this means is that even if he were elected President of Ghana, Mr. Spio-Garbrah’s First Lady would not have been able to vote in the very election in which her husband had contested for the presidency. But even more significantly must be observed the fact that Election 2016 clearly indicated beyond the shadow of any reasonable doubt that, in fact, it is the National Democratic Congress which is rather a veritable tribal political organization, with strongholds in such fanatically ethnocentric enclave as the Ewe-dominated southern Volta Region, and a few scattered pockets of the Fante-dominated Central Region and the so-called Three Northern Regions.

And so in reality, not only is the New Patriotic Party the true party of the majority of Ghanaian citizens across ethnic and cultural divides, it is also the party with the best track-record on national development. If, indeed, the NPP is as ethnocentric as Mr. Spio-Garbrah claims, Chairman Rawlings’s longstanding anti-Asante and anti-Akan tirades notwithstanding (talk of NDC’s accommodation of all Ghanaian ethnic groups), then perhaps it is about time that the notoriously uncouth and virulent critic unreservedly lauded the genius of Akans as one that is without compare in the annals of both the country’s Fourth-Republican and postcolonial history.

You see, Mr. Spio-Garbrah cannot eat his proverbial cake and have it, too. This was the same man who stridently, consistently and persistently maligned the late President John Evans Atta-Mills, his own tribesman, as an irreparable “damaged goods.” And so it clearly does not seem to matter which regions or parts of the country the NDC leaders have come from. At the end of the day, what matters most is the fact that every single one of the Fourth-Republican National Democratic Congress’ leaders, all three of them, have been incredulously and grossly incompetent. And so what the likes of Mr. Spio-Garbrah ought to worry about is why, somehow, his party keeps selecting and supporting the most incompetent and the least talented Ghanaian politicians to determine the shape and destiny of our beloved motherland and fatherland, as well, of course.

You see, and I have said this before innumerable times, you cannot eat such political labels as “nationalism,” “social democracy,” and “capitalism”; rather, it is the performance and track-records of the two major political parties that Ghanaians care about the most. And on the latter count, the NDC is hopelessly AWOL. The NDC operatives have absolutely nothing worthwhile to brag about, thus Mr. Spio-Garbrah’s silly resort to the benighted politics of the tribal-baiting of his ideological and moral superiors of the ruling New Patriotic Party.