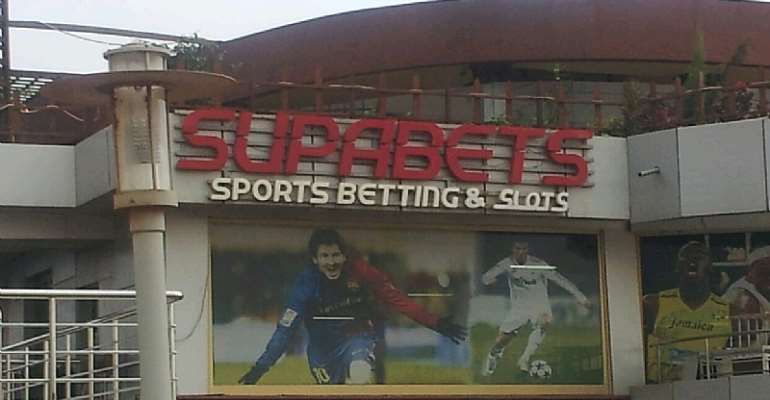 Staff and management of the Madina branch of Supabet, were locked outside their building following agitation from aggrieved gamblers who claimed they had been ripped off by the betting company.

The protesting gamblers say they are owed winnings amounting to GHc 350,000.

Speaking to Citi News, one of the men protesting the non-payment of winnings, Mohammed Iddris, said on Friday, October 13, they placed some bets and won the GHc 350,000.

“We won the game and the manager said he would not pay. He said the game was “azaa” and 419,” Mohammed Iddris said.

The confusion apparently stemmed from the advertising of the odds of a game in Brazil, that had already been played allowing patrons to place bets with knowledge of the result.

But Mohammed Iddris maintained that, the mistake was from Supabet, and not any antics from the winners, thus their demand for the money.

“Yesterday [Monday], we came that they should pay us our money, and we [threw] all their staff outside so they went to call the police at Madina police station.”

“They brought a lot of policemen because we closed the office down and said if they don't pay us, nobody will operate there.”

Mohammed Iddris also alleged that, the police even threatened to shoot him and assaulted him and his brother” and stressed that Supabet “must pay us that money or this office will not be open.”

I Felt Very Safe Under Mahama – Manasseh
32 minutes ago