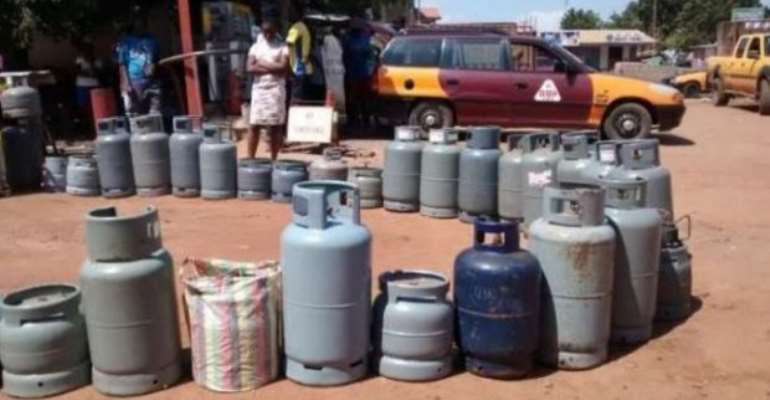 The LPG Marketing Companies Association of Ghana, has served notice of shutting down all operations today [Wednesday], to enable them undertake what they describe as major maintenance works on their stations nationwide.

It is unclear whether this move is a deliberate one to frustrate the supply of gas, considering that the LPG Marketers have vehemently kicked against Government’s approach towards ensuring safety in the sector following the Atomic Junction explosion.

Confirming their decision to Citi News, the Vice-Chairman of the Association, Gabriel Kumi, said the conclusion was made in the interest of public safety to allow a task-force put in place to carryout all technical works on their outlets to avoid the rampant shut down by authorities.

He however said that no timeline can be given for when the maintenance works will end.

The leadership of the LPG Marketing Companies Association had earlier indicated that its members are agitated over cabinet's decision directing the implementation of the gas cylinder re-circulation policy within a year; and the suspension of construction work on newly built fuel stations.

According to the leadership, the directive has whipped up public sentiment against their members and increased their risk of doing business.

Following last week's Atomic Junction Gas explosion, President Akufo Addo, and his Cabinet directed the review of all existing and newly awarded licenses for operators, among others.

But the Public Relations Officer of the Association, Kwame Owiredu, told Citi News their members are contemplating legal action among other options, against the directive.

“As to the constitutionality of the fiat issued by Cabinet, our members are agitating. Aside the suit that they are contemplating, some of them are actually saying that if the NPA is painting them as if their operations are death traps; they are explosions in waiting, they might as well stop operating because you can't licence somebody and then come back and designate them as high risk or low risk. They are really agitating… By the close of the week , we will issue a press statement and let Ghanaians know what we intend to do.”

This threat comes days after the Public Relations Officer of the LPG Marketers Association, Bernard Owiredu, expressed his outfit's disquiet over plans to introduce the module.

Mr. Owiredu had indicated that, the current module is targeted at collapsing their businesses, despite their many years of existence in the industry.

The Chamber's Executive Director, Duncan Amoah, noted the inflexibility of the programme and suggested the old system of distribution be employed alongside the new module ordered by President Nana Akufo-Addo.

Accra: One Killed As 4 Cars, 2 Motorbikes Collide At Anyaa
32 minutes ago