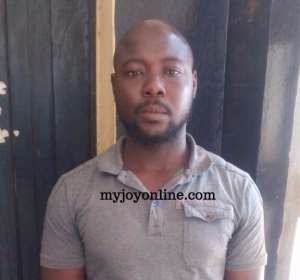 The Wa Circuit Court has sentenced a former teller at the Wa branch of Stanbic Bank to 10 years imprisonment with hard labor for stealing ¢287,000.00 belonging to the bank.

The Court presided over by Justice Forson Baah Agyapong found Abdulai Rahman, 29, who was responsible for mobile money electronic transactions at the bank guilty.

According to the Prosecutor, Detective Sergeant Famous Kweku Agbasah the accused from August, 31 to September 2, diverted the bank's electronic cash to the tune of ¢287,000.

The Detective Sergeant noted that during the period, the accused person was audited by the bank and his staff identification came up as the one responsible for all listed transactions.

A report was made to the police leading to the arrest of Mr Rahman.

The accused in his statement to the police admitted stealing ¢190,000.00 belonging to Stanbic Bank and transferred it to the aforementioned MTN mobile money numbers for the purpose of transacting his own business.

In the course of investigations, ¢10,000 was retrieved from the accused, but the accused pleaded not guilty to the charge of stealing.

However, the Wa Circuit Court judge, Justice Forson Baah Agyapong in evaluating the case, found the accused guilty of stealing.

Counsel for the accused, Clement Eledi, pleaded with the Court to deal leniently with the accused since he is a first time offender and a young person.

Justice Agyapong subsequently sentenced the accused to 10 years imprisonment in hard labor and ordered him to refund ¢277,000 he stole to Stanbic Bank.

Also, the ¢10,000 retrieved during the investigation was ordered to be returned to the Stanbic Bank.