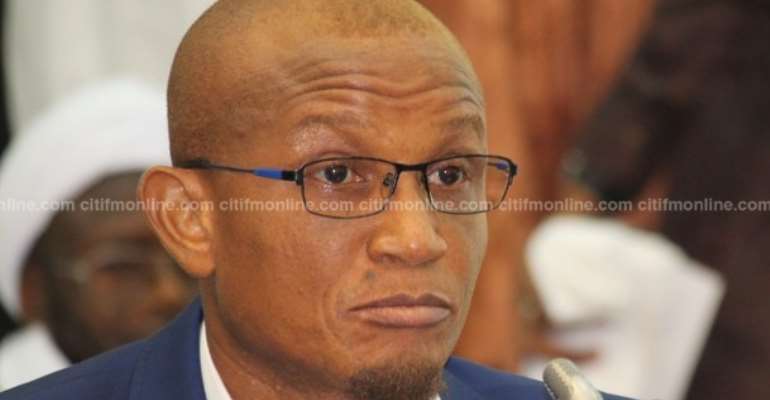 Government has urged the former Moderator of the Presbyterian Church of Ghana, Professor Emmanuel Martey, to provide evidence of persons within Akufo-Addo administration who are corrupt.

Professor Martey at a lecture in the Ashanti Region last week stated that, some officials of the Akufo-Addo government, are already exhibiting signs of corruption and cautioned against such acts.

The man, who blatantly criticized officials of the erstwhile Mahama administration for being corrupt and having mismanaged the country, appears to be turning the heat on the Akufo-Addo administration.

He cited the large size of the government , and called for a review, stating that it could lead to corruption.

He cited the recent happenings at the Microfinance and Small Loans Centre (MASLOC), and urged the President to ensure issues about corruption under his administration are dealt with.

But the government wants him to name the individuals who are alleged to be engaged in the corrupt practices to enable it to take action against such individuals.

According to the Information Minister, Mustapha Hamid, the government is committed to rooting out corruption especially among state officials, and appreciates information from the public to help it take action.

He, however said such information must be based on specifics and should not be generalized.

“As a senior citizen of our country, we want to urge him to go beyond talking generalities to giving us concrete examples that we can put our hands on and make an example for people to be deterred. But if senior citizens should begin talking like that, that in our view is quite nebulous and feeds into the perception,” he said.

“We welcome such comments, they are not comments that we want to attack or rebut, but we want to encourage senior citizens like that to speak up, but to speak more on specifics rather than generalities,” he added.

President Nana Akufo-Addo was criticized for appointing 110 ministers to serve in his government, after previously assuring that he would ensure a prudent and efficient government. 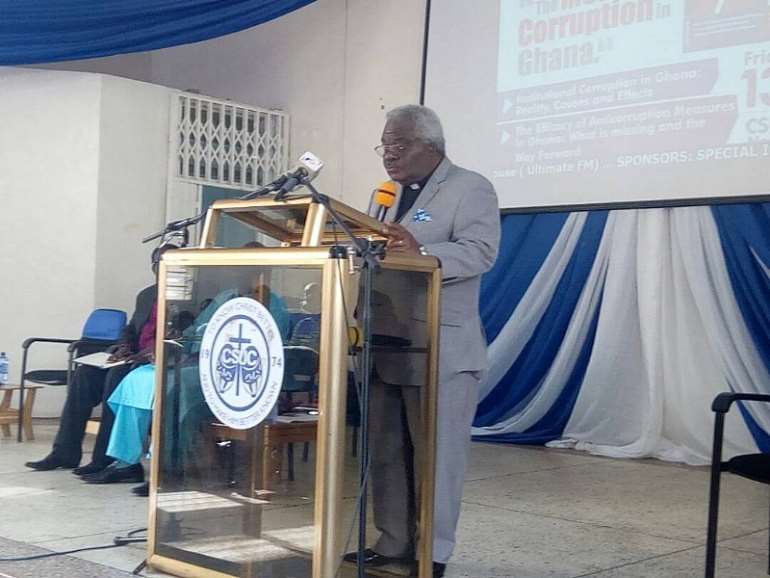 Reverend Professor Emmanuel Martey
The size of Akufo-Addo's government is considered one of the biggest in the country's history.

The President said he created a number of special portfolios to serve at the Presidency because certain critical sectors needed “additional talents” to ensure their success.

He also responded to critics of his government size saying that the task of turning around Ghana's fortunes requited a large government to rise up to the many challenges.

Perceived corrupt cases under NPP
The NPP government has so far found itself in two cases of alleged corruption, with the recent one being the allegations of corruption against two deputy chiefs of staff, by musician and NPP sympathizer Kwame A-Plus, as well as the perceived corruption in the sale of contaminated fuel involving BOST.

There has also been perceived corruption in government's handling of the Ameri Power Deal, in which the same firm that was being questioned over a supposed bloated contract, sponsored a committee from Ghana to Dubai to hold discussions with them.

Finance Minister Ken Ofori-Atta, was also accused of cronyism by the minority in one of government's bond issue. Another major scandal, which many were unhappy with, was the allegations of corruption leveled against Boakye Agyarko, now Energy Minister during his vetting.

He was accused by some minority MPs of seeking to bribe them to enable him sail through his vetting with ease. The matter was later investigated by parliament, but the accusers were supposedly unable to prove their claims.