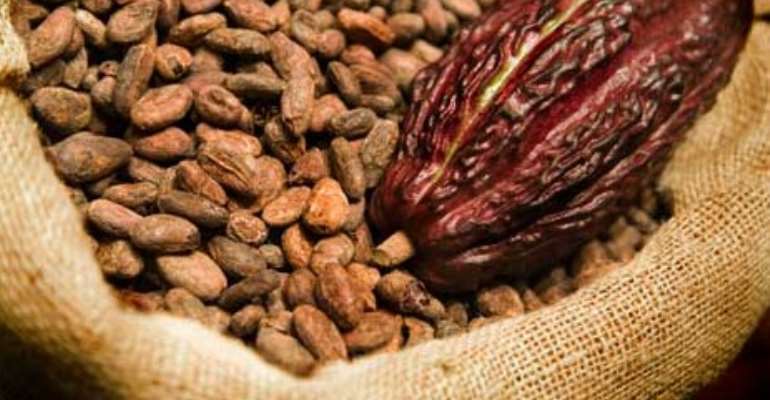 Economist, Professor Godfred Bokpin has cautioned of a major distortion to government's accounts if it fails to embark on a robust action to bridge the potential fall in revenue from declining cocoa prices.

Government has for the second time in a row, maintained the producer price for cocoa at 7,600 cedis per tonne despite the declining prices of cocoa on the global market.

For Professor Godfred Bokpin, the decision to maintain the producer price of cocoa at 7,600 cedis per metric tonne despite the global developments, will adversely affect government's revenue.

Speaking to Citi Business News on the issue, Professor Bokpin was of the view that rectifying this will among others include closely monitoring the activities of the farmers so as to ensure improved productivity to offset the potential drop in revenue.

“Our attention and focus as a country should be high on the cocoa sector and overall when government compliments the sector with fertilizer, spraying and improved seeds then we expect that some time to come we will see the benefits , even though today it may seem like some kind of revenue dip,” he said.

Official figures from the Bank of Ghana have shown that the price of cocoa dropped by about 1000 dollars per tonne between August 2016 and the same period this year.

This translates into a thirty-five percent drop in the global price of the commodity.

A development, Agric Minister, Dr. Owusu Afriyie Akoto explains is costing the Ghanaian economy about one billion dollars every year.

Professor Bokpin however explained to Citi Business News that the decision to maintain the producer price for farmers will among others avert a further dip in production levels and possible sale of such agricultural lands to illegal small scale miners.

“Government maintaining the price is sacrificing to accommodate farmers and therefore farmers will respond positively by working hard to make sure that cocoa farm lands are not sold to galamsey operators.”

But the beneficiaries who are the cocoa farmers will not yield to arguments opposing governments plan to maintain the price for their produce.

Spokesperson of the Cocoa Farmers Association of Ghana, David Agyenim Boateng who spoke to Citi Business News described the move as a laudable one as he argued that a drop in prices would have made them worse off.

“Like the proverbial Oliver Twist, we farmers would have wished for more but even with this decision, we are convinced that government was influenced by the declining world price of cocoa which is already making us worse off… So if government has decided to take up the cost of the falling price,we are grateful for that.”