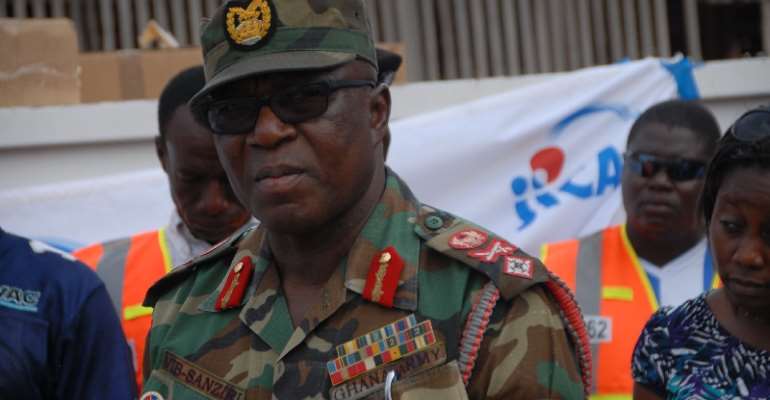 Major General Vib-Sanziri succeeds Major General Jai Shanker Menon of India, who completed his assignment on 30 September 2017. The Secretary-General is grateful to Major General Menon for his dedicated leadership of UNDOF.

Since joining the Ghana Army of the Ghanaian Armed Forces in 1985, Major General Vib-Sanziri has had a distinguished military career at both national and international levels. He has been serving as Director-General of the International Peace Support Operations at the General Headquarters of the Armed Forces since April 2017. Earlier in his career, he served as Assistant Director, Ghana Army Operations (1996-1998), Deputy Head of the Ghana Military Academy (2002-2004), Commanding Officer of an Infantry Battalion (2004-2009), Director for International Peacekeeping Support Operations in 2009 and Army Secretary at the Army Headquarters (2010-2011). In 2014, he was appointed Director-General for Joint Operations, General Headquarters. He served as Director-General of the National Disaster Management Organization from 2015 to 2017.

Major General Vib-Sanziri holds a Master’s degree in Military Art and Science from the North Central Association of Colleges and Schools (USA), a Post Graduate Certificate in Public Administration from the Ghana Institute of Management and Public Administration and a Bachelor of Arts degree (BA Hons) in Geography and Rural Resource Development from the University of Ghana. He is a graduate of the Nigerian Armed Forces Command and General Staff College, Ghana Armed Forces Command and Staff College and the United States Army Command and General Staff College in Fort Leavenworth, Kansas.

Born in 1957, he is married and has two daughters.