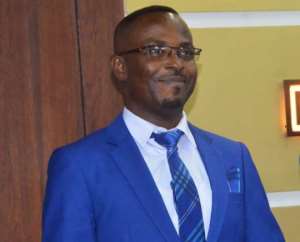 GNA - Mr Kwamina Duncan, the Central Regional Minister, has warned that his administration would deal drastically with staff of assemblies whose actions and inactions thwart and derail the work of their offices

He cautioned them against indulging in partisan politics with the aim to sabotage the development plans of government, adding that any practices that would undermine the President's vision to accelerate the country's socio-economic development would not be entertained.

Mr Duncan who issued the warning on Thursday when he addressed staff of the Effutu Municipal Assembly at Winneba on the second day of his tour of Metropolitan, Municipal and District Assemblies (MMDAs) in the Region, said they must stop pursuing their personal and parochial interest

"We will not tolerate any laziness, absenteeism and cronyism. You were not employed to do partisan politics in your offices and seek personal interest, so concentrate on your core business", he stated.

"You must exert your energies and intellect on doing your professional work as an employee or staff of the assembly and do away with all unethical and unprofessional acts and uphold in high esteem the ethics of your work and serve with integrity and discipline", Mr Duncan admonished.

Mr Duncan encouraged the staff to support the national transformation agenda by re-dedicating themselves to the services they were engaged for while exhibiting a high sense of commitment, sacrifice and integrity.

He called on all to rally behind the various Metropolitan, Municipal and District Chief Executives (MMDCEs) with the necessary support and innovative ideas and guidance to aid the development agenda of the Assemblies in their localities.

This, he noted will break the shackles of poverty and create wealth to ameliorate the plight of the average Ghanaian.

Mr John Ninson, the Effutu Municipal Chief Executive (MCE) pledged the Assembly's unflinching support to prioritise development and also work in unity and harmony to speed-up the comprehensive development agenda of the area.

Earlier, the Minister and his entourage paid a courtesy call on Nenyi Ghartey XI, the Omanhen of Effutu State, who hailed the President for his vision to transform lives in the country to make life better for all.

He particularly praised the President for his resolve to rekindle the spirit of localisation of cottage and district industries through the 'One district, One factory' policy initiative.

He also lauded other programmes including the free Senior Hugh School (SHS) education and the planting for food and jobs policies and said the latter was pivotal to sustaining national food security, better standard of living and jobs for the teeming unemployed youth.

The Regional Minister accompanied by his deputy, Mr Agyei Baffour and other Regional Heads of the various departments later toured some on-going infrastructural projects to assess the progress of work.