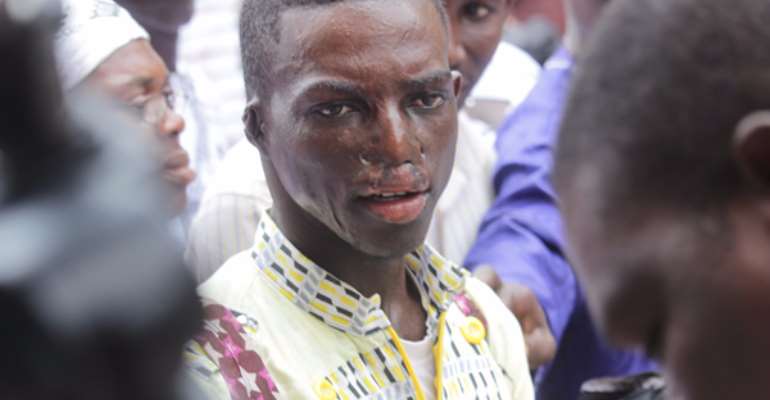 Victims of the June 3, 2015 explosion are preparing to sue government for statutory negligence in the explosion at a fuel station that left 150 dead.

The class action suit is organised by OneGhana Movement founded by Rev. Joyce Aryee of the Salt and Light Ministries.

The victims say they can no longer work or cater for the families after severe burns have left them jobless. Government handed them a compensation ¢10,000 each after various degrees of life-threatening injuries.

"Even if I’m not able to take care of my mother who brought me into this earth, I must be able to cater for my wife and kids but life has been very difficult since the accident. 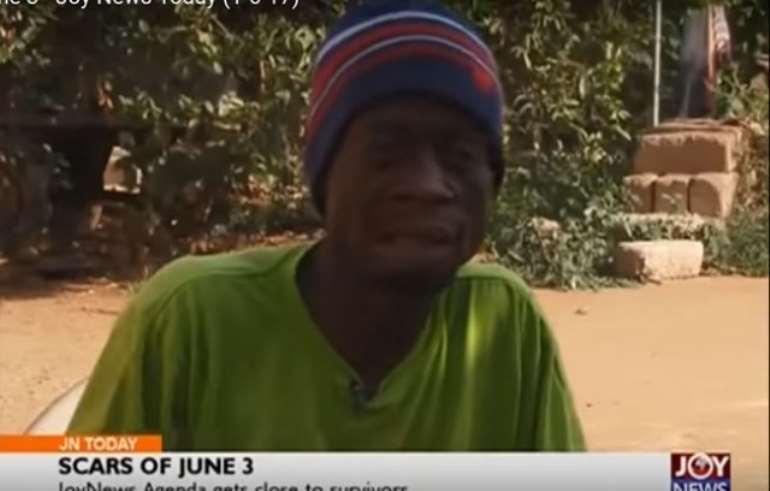 “Two of my children are still at home since school reopened in September. Due to the severe burns on my body especially my face, it has become difficult for me to get a job as a driver. Sometimes a friend will inform me that a car owner needs a driver to use his vehicle for commercial purposes."

"Whenever I’m led to see the car owner, the moment the person sees my scary face, out of fear the person declines to give his car to me. Painfully, I’ll later see that same car being driven by another person," he narrated sadly.

Five houses together with the filling station were damaged at a cost of which was valued at GHÈ¼1,658,847.00.

A five-man committee was constituted to investigate the cause of the disaster and make recommendations. It did.

A lit cigarette from one Seth Kwesi Ofosi ignited the fire; the leakage from the fuel filling station and floods at the Kwame Nkrumah Circle were found to be the remote causes of the disaster. 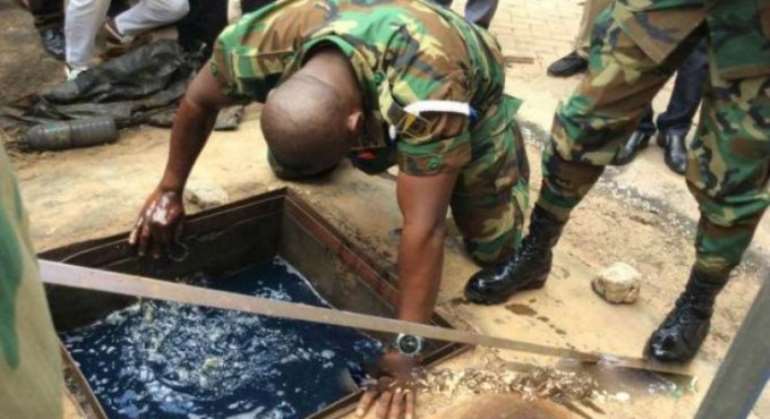 The OneGhana movement was launched on the third anniversary of the disaster. Madam Joyce Aryee explained, the mission of OneGhana is to promote citizen and policy accountability and the “prioritization of the national interest over partisan politics.”

Its modus operandi is "employing policy analysis, advocacy, legal and financial interventions to ensure the drive for social and political change in Ghana is clear.”

The Movement's first target is to secure justice for the June 3 disaster victims in a campaign dubbed "J4J3-Campaign".