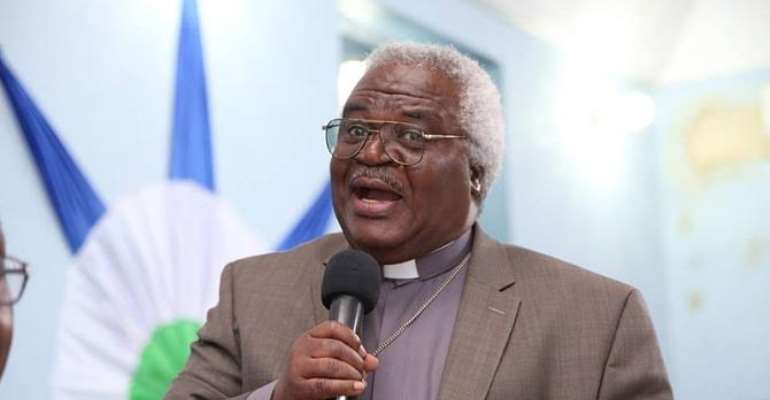 A former Moderator of the Presbyterian Church of Ghana, Reverend Professor Emmanuel Martey, has called for a constitutional direction to streamline the size of Governments in the country.

According to him, the large size of Governments has the tendency to breed corrupt appointees.

The outspoken Bishop, who said appointees of the New Patriotic Party administration have begun showing signs of corruption, warned they will be exposed soon.

Professor Martey was speaking at a Public Lecture on the corruption canker in Ghana, at a lecture organized by the Christian Service University College(CSUC) in Kumasi.

“A large Government means large corruption. So we should have a constitutional direction. NPP and corruption, I said clearly that what has been proven, the NPP appointees have begun showing signs of corruption.”

President Nana Akufo-Addo was criticized for appointing 110 ministers to serve in his government, after previously assuring that he would ensure a prudent and efficient government.

The size of Akufo-Addo’s government is considered one of the biggest in the country’s history.

Pressure Group, Occupy Ghana, at the time, noted that the NPP’s “elephant-sized” government will only lead to corruption.

The Center for Democratic Development, for example, registered its displeasure by noting that the 110 ministers assembled by the President will put pressure on the public purse.

IMANI Africa President, Franklin Cudjoe further described the appointment as a “legal plunder” in the face of the country's weak economy and suggested that the country needed just about 30 ministers.

The President said he created a number of special portfolios to serve at the Presidency because certain critical sectors needed “additional talents” to ensure their success.

He also responded to critics of his government size saying that the task of turning around Ghana’s fortunes requited a large government to rise up to the many challenges.