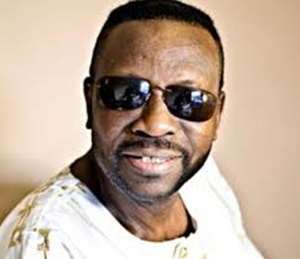 This latter degree made Anquandah an academic trail-blazer. For, according to Prof. Merrick Posnansky (Professor of History and Anthropology at the University of California, Los Angeles and a former don at Legon, see:

With that accolade under his belt, Anquandah next left for the University of Oxford, where he studied for an M. Lit. in Archaeology (1965-67). He was fortunate enough to have his wife, Susan, at his side whilst he drank more fully of the ‘Pierian Spring’ at Oxford.

But ever the ambitious self-improver, Anquandah was not yet done with educating himself. Although he’d been lecturing in archaeology for over a decade, he was humble enough intellectually to present himself again before an educational institution in the United Kingdom, to study for a “Certificate in University Teaching” at UCOSDA University, Sheffield, England (1995-96).

In an Introduction to this book, the aforementioned Prof Posnansky of UCLA wrote:

QUOTE: “With the appearance of Rediscovering Ghana’s Past, Ghanaian archaeology has come of age. At long last, the results of numerous excavations, long treks through tangled brush and ten-foot high elephant grass, as well as detailed examination of countless stone flakes and potsherds by several generations of archaeologists, have borne fruit in this readable account that it is my pleasure to introduce…

“It is only within the last generation – the generation of Independence – that Ghanaians have reversed the tide which threatened to replace indigenous name[s], dances, art, crafts, music and festivals by those of Europe. Ghanaian traditional culture was at best thought of as interesting, though “outmoded”, and at worst as “primitive” and “tribal” by Eurocentric scholars who mostly had little or no knowledge of the antecedents of that culture.

“Ghanaian traditional culture was at best thought of as interesting but outmoded and at worst, as ‘primitive’ and ‘tribal’. . . It is important that Ghana’s history be interpreted by Ghanaians who have a love [for] and an understanding of the culture that nurtured them and their fathers.” UNQUOTE

The research projects which Anquandah participated in to empower him to write his book and the other works that will carry his name into eternity took him, among other places, to Deberira, Nubia (in Sudan); this region is of key interest to Africanists because it carries the keys to the ancient Egyptian civilisation that has baffled Eurocentric scholars for years, unable, as they are, to reconcile themselves to the idea that BLACK peoples founded the universally-acclaimed Egyptian civilisation that not only gave the world the pyramids, but also, invented many major components of mathematics, science and medicine.

Anquandah also investigated the cultural remnants of the Takyiman and Begho statehoods in Brong-Ahafo; Boyase Hill, Kumase; Ladoku and Shai, in Dangmeland; Ayawaso; Yikpabongo in Northern Ghana; and several of the forts on the coast of Ghana. He also found time to do historical research into such subjects as the Back to Africa Movement as well as study of the life Chief Alfred Sam.

Anquandah found fame in North America and the Caribbean by making himself an authority on the Trans-Atlantic Slave Trade Route. He edited a large tome on this subject and was part of a project, promoted by the late Ghanaian Minister of Tourism, Jake Obetsebi Lamptey, whose objective was to attract African descendants in the US and the Caribbean, to come back to Ghana during special festivals, to study their origins.

This project has unfortunately not survived Jake Diabetes Lamptey, but the great work done by ANQUANDAH and others have provided enough material to guide any patriots who might want to take it up where those two passionate Africanists left it.

Anquandah was given a befitting send-off at the Trinity United Church, Madina, on Saturday, 7 October 2017 – exactly one month after he died. Heartfelt tributes were paid to him by representatives of the University of Ghana, and by his family, including his wife, Susan. Her fortitude in being able to read many verses from the Scriptures, whilst obviously in the grip of massive attack of grief, astounded many in the audience.

As I looked for the last time at the face in repose of the Anquandah that I had first known so many years ago, I couldn’t help but be philosophical. “Jimmy”, I said to him in my mind, “you always loved knowledge; you gathered a great deal of knowledge; and it will outlive you for a long time to come. What more can a man want in life? You have achieved immortality, haven’t you? Rest in Deserved Peace!”

Some of the books that will enable Anquandah’s name to remain on the lips of all Africanists for ages are:

Dangme Se, Ghana Saga of a Resilient Kingdom (In press);