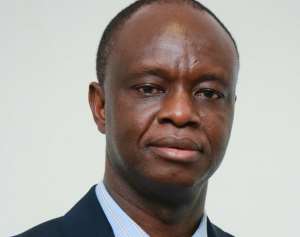 The National Communications Authority (NCA) has been called upon to ensure clarity and uniformity in the regulation in the country's broadband space so as to attract sustainable investments.

The Broadband Communications Chamber (BBCC), an advocacy group for the development and expansion of the broadband industry, which made the appeal recently in a statement, asked the NCA to make available regulatory frameworks in areas that will reduce and without delay eliminate barriers and obstacles, which impede standardization, uniformity and fairness in order to enhance growth and competitiveness in the industry.

The BBCC attributed the disparities and unfairness to the NCA, citing the sale of a 4G licence to MTN at a whopping $ 67.5 million, while three Broadband Wireless Access (BWA) paid $ 6 million each for theirs and two others, Busy Ghana and Telesol, allegedly got their 4G authorization for a paltry GHC200,000 each.

It continued that while MTN and the three BWAs paid for proper licences, Busy Ghana and Telesol allegedly only got away with authorization without proper licences which the NCA has not been able to explain, despite several attempts to get explanation.

It alleged further that NCA had also given leading broadband capacity wholesaler, MainOne a retail licence, which it has deployed in the Central Business District of Accra, but NCA has denied Google a retail licence after Google had installed fibre in Kumasi extensively to implement a smart city project there.

Gustav Tamakloe, CEO of the Broadband Chamber, said that “we have MNOs (mobile network operators), BWAs, ISPs (internet service providers), fibre companies and tower companies all in the broadband space so we need clear framework that takes all the players into consideration and ensures fairness.”

Mr Tamakloe however lauded the NCA’s approval of the Tigo-Airtel merger as progressive, but questioned why the NCA would approve a merger but halt partnership proposals between Vodafone and Surfline, and another one between MTN and Goldkey.

A few months ago, Vodafone and Surfline submitted to the NCA a partnership proposal that would allow the wider spread of Surfline’s 4G LTE capacity on Vodafone’s network, but NCA stopped it for “lack of a regulatory framework.”

The UN Commission has asked policymakers, the private sector and other partners to make deployment of broadband infrastructure a top priority in their strategies to accelerate global development and progress towards the UN Sustainable Development Goals (SDGs).