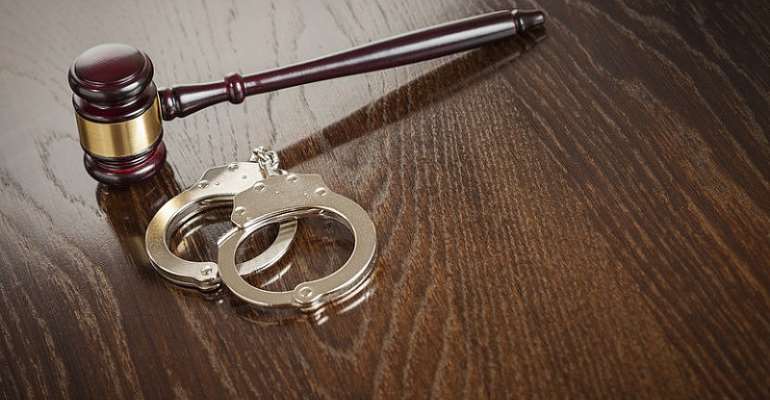 Data from the Domestic Violence and Victim Support Unit (DOVVSU) of the Ghana Police Service has revealed that out of the 1,919 defilement cases reported between 2015 and 2016, 1,100 are yet to be resolved.

The cases are either awaiting trial or under investigation, a clear demonstration of the slow pace of justice delivery in Ghana.

For the two-year period, 568 of the cases are awaiting trial.

The DOVVSU data revealed that 120 cases out of the 1,919 have successfully been prosecuted and convictions secured.

The document further details that for the year 2016, 722 suspects were apprehended, out of which 721 were males and only one suspect was a female.

In all 1,198 suspects arrested for defilement cases in 2015 were males.

In the document, the data established the relationship between victims and suspects: for the year 2016, 65 were related to the victims; 121 were close to the victim's family and 543 fell under the category of 'Others'.

In the year 2015, the facts point out that 27 suspects in the defilement cases were related to the victims, 262 had a close-knit relationship to the victims and 900 of the suspects fell under the category labelled 'Others'.

Speaking to the National Co-ordinator, Chief Superintendent Rev Lawrencia Akorli, on why defilement cases for two years (2015 & 2016), were still unresolved, she said the delay in treatment of the cases is due to judicial issues of adjournment and the long leave of absence of judges sitting on some of the cases from the unit.

Chief Supt. Akorli also detailed that witness hostility is one of the major hurdles that is responsible for greater part of the cases being unresolved.

Expatiating on the issue of witness hostility, she noted that some witnesses, and in extreme cases victims, refuse to co-operate with the prosecutors to see the case through.

Speaking on whether the victims and perpetrators withdraw cases from the unit to settle at home, Chief Supt. Akorli seized the opportunity to inform the nation that defilement cases are criminal cases, hence are dealt with as such.

“You can't withdraw a defilement case from our unit,” she added.

She opined that the unit has had instances where victims and witnesses abandoned court proceedings for reasons that they are dragging their family's name in the mud.

The National Co-ordinator stated that it was for such reasons that they educated victims to limit family interference in cases.

Chief Supt. Akorli gave her assurance that the unit is doing its utmost best to bring perpetrators to book, but added that the lack of co-operation from victims and their families is impeding the progress of their work.