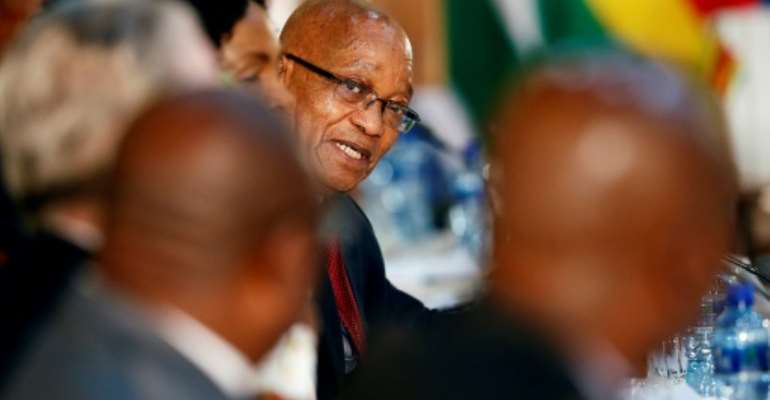 Johannesburg (AFP) - A South African court will rule Friday on a bid by President Jacob Zuma to fend off the reinstatement of almost 800 corruption charges related to a 1990s arms deal.

Zuma lodged a challenge at the Supreme Court of Appeal in Bloemfontein after a lower court decided in 2016 to reinstate the claims.

The opposition Democratic Alliance had sought in 12 court appearances since 2009 to reactivate the charges over controversial post-apartheid military contracts which have dogged Zuma for much of his time in government.

But political analyst Ralph Mathekga said that even if Friday's decision goes against Zuma, he will still have options to continue fighting the 783 charges.

The president, who is accused of corruption, fraud, money-laundering and racketeering, has always insisted he is innocent.

"Of all of the cases Jacob Zuma has been confronted with, this is the one whose consequences are toughest for him to manage," said Mathekga.

"If the Supreme Court says that he has to face prosecution... the chances are he will appeal and take it all the way to the Constitutional Court. That process will take time," he added.

'Pressure will be mounting' 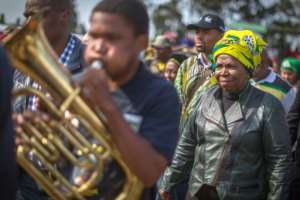 "But the political pressure will be mounting against him within the (ruling) party... It could have direct consequences on his ability to survive until even mid-December" when the governing African National Congress Party meets to elect a new party leader, said Mathekga.

An order reinstating charges would cast a shadow over that meeting -- and Zuma's preferred successor, his ex-wife Nkosazana Dlamini-Zuma.

In 2005 Zuma's former financial adviser Schabir Shaik was convicted for facilitating bribes in exchange for military hardware contracts and sentenced to 15 years in prison. He was later released on medical parole.

Zuma and other government officials were accused of taking kickbacks from the $5 billion (4.2 billion euros) purchase of fighter jets, patrol boats and other arms manufactured by five European firms, including British military equipment maker BAE Systems and French company Thales.

Charges were first brought against Zuma in 2005 but dropped by prosecutors in 2009.

However, last year the High Court in Pretoria ruled that he should face the accusations.

The Supreme Court heard arguments last month against reinstating the charges but in an unexpected twist Zuma's lawyer Kemp J Kemp agreed that the decision by prosecutors to drop them in the first place was irrational.

The case is the latest in a string of political and legal scandals that have haunted the president but failed to shake his grip on power.

In 2016 Zuma was ordered to repay $24 million (22 million euros) to the public purse for upgrades to his personal residence that judges said showed he had disrespected the constitution.